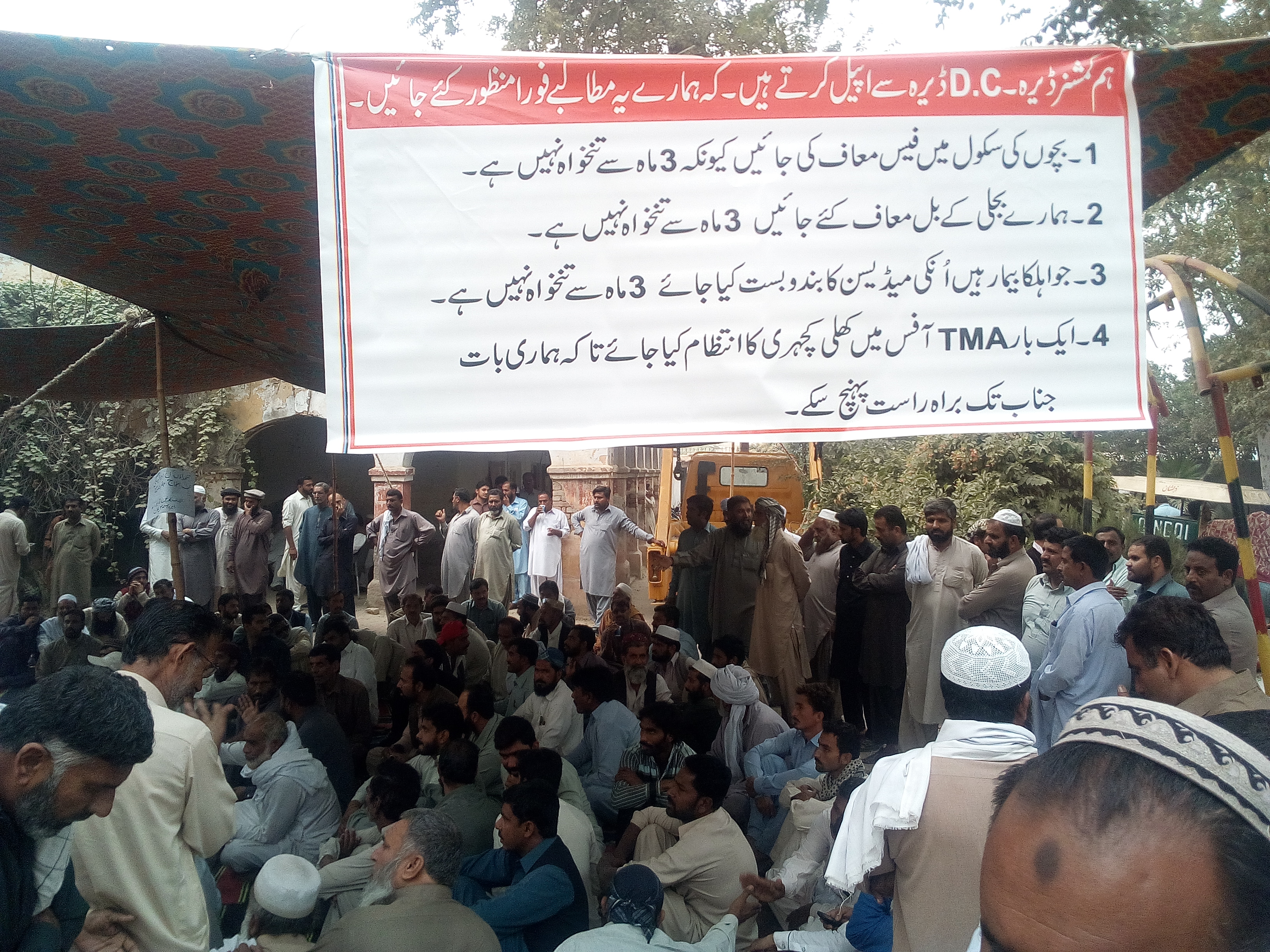 DI KHAN, 2 November: Employees of Municipal Corporation on Thursday staged a strike and boycotted duties to protest non-payment of their salaries. The employees have locked their offices and staged a sit-in.

The employees asked the district government to pay their salaries or else they would not end their strike.

They said that they have been facing immense problems due to non-payment of their three months salaries due to which they could neither pay school fee of their children nor could purchase edible items.

Teshil Municipal Officer Umer Kundi said that fund for payment of salaries has been released after he brought the issue in knowledge of the chief minister.

He said that CM has approved a grant of Rs50 million but could not be released as mother of the concerned accountant has passed away.

He assured the employees that their salaries would be paid once the accountant join his duty.