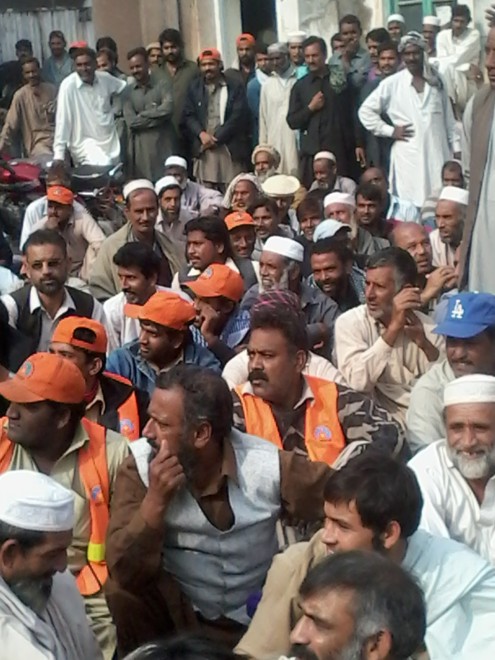 PESHAWAR, November 7: The employees of municipal committee have protested against the late payment of salaries.

The protestors said the private organisation, Water and Sanitation Services (WSS), did not give them their wages on time. The provincial government has assigned the municipal services in the provincial capital to the private sector to improve performance of the department.

The workers complained they were facing problems because their salaries of past month had also been withheld. The workers said they would boycott their duties till they received their wages.

“We have to pay natural gas and electricity bills and if we fail to do that, our power meters and gas supply will be cut off. We have to provide for our families. We appeal to the government to give us our salaries on time. Our department directs us to do overtime work and even for that, we do not get any money. We announce boycott till we receive our wages,” stated a speaker at the rally.

The WSS authorities say that they had asked the workers to open up accounts in a particular bank, and those workers who did not open bank account have not been given their salaries.