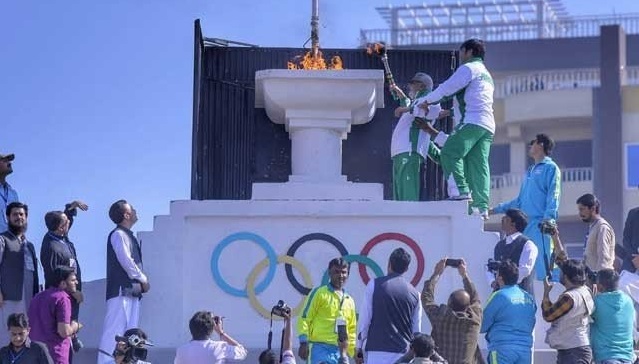 Director General Sports Asfandyar Khattak was greatly impressed with the talent of the young sportsman and announced Rs30,000 monthly stipend for him for one year.

The sports circles in Khyber Pakhtunkhwa have expressed happiness over the success of talented Murad Khan in the mega event. In the final event, Murad Khan outclassed his opponent player from the Pakistan Army 8-0 and won first gold medal for his province. In the same category, Syed Hashm Rizvi from Gilgit-Baltistan, Humayun from Pakistan Railways and Saifullah from KP won individual titles and Muhammad Haris won bronze medal for his team in 50kg category.

DG Sports Asfandyar Khattak, who was chief guest on the occasion of karate competitions, hailed the performance of Murad Khan and announced monthly stipend of Rs30,000 for him. He also announced Rs10,000 monthly stipend for one year for players who won bronze medals for KP.

Murad Khan termed his success the result of hard work of Secretary Khalid Noor, coach Ghulam Muhammad, team manager Shahid Ashraf and prayers of parents, friends and well-wishers. He vowed to continue his hard work to win medals at national and international competitions. He also thanked the DG Sports Asfandyar Khattak for recognizing the efforts of sportsmen and supporting them. He said the National Games provided a great platform to players to show their potential and talent.

With Murad Khan’s achievement, Khyber Pakhtunkhwa is leading among the provinces on medals table with one gold medal, three silver medals and 15 bronze medals.

Pakistan Railways is currently on fourth position with three gold medals in weightlifting. The Pakistan Air Force has won one gold medal, one silvers and two bronze medals.