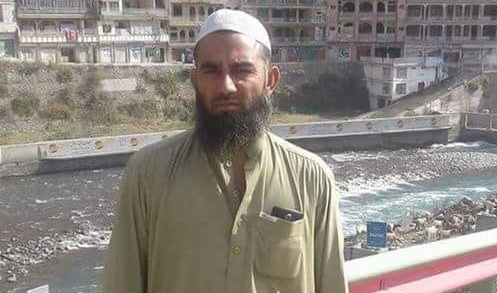 SWABI: The murder case of a person, who was killed in firing of Punjab Police personnel in a raid in Nazarkhel area of Swabi, has been filed against ‘unknown armed men’.

Swabi Police says that after the killing of Anwarul Haq on terrorism charges, the area people had staged massive protest against the incident and blocked the main Chowk of Swabi bazaar. The protesters were demanding registration of a case and judicial inquiry into the incident.

District Police Officer (DPO) Khalid Hamdani and other police officers held talks with the protesters and agreed to file a case against unknown armed men who killed Anwarul Haq. The report was filed by Anwarul Haq’s brother Saqib, who is a Hawaldar in Police Department, after which the police started investigation into the case.

Saqib said in his FIR that he was sleeping in his house on Tuesday when he suddenly woke up after hearing noise. He said Elite Police Force personnel, some in plain clothes and others wearing uniforms, barged into his house and shot dead his brother Anwarul Haq inside his room.

Meanwhile, the Counter Terrorism Department Lahore claimed in a statement that it killed former Pakistan Air Force official Anwarul Haq in a raid in Swabi. It claimed that Anwarul Haq was involved in attack on former president General (R) Pervez Musharraf and Lahore terrorist attack.