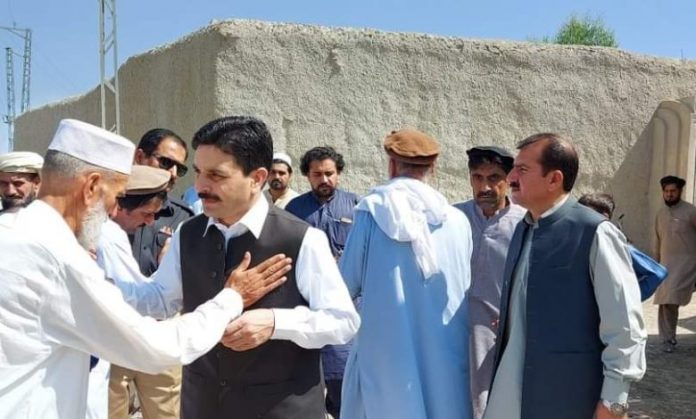 MIRANSHAH: The case of murder of a lady health worker (LHW) in North Waziristan tribal district has been referred to the Counter Terrorism Department (CTD).

Lady health worker Naheeda Gul was shot dead by unidentified miscreants when she was coming back from duty in Mir Ali area of North Waziristan on Monday. Naheeda Gul, 25, daughter of Farooq Khan, hailed from Moski village, and she was performing duties as LHW at the basic health unit (BHU) in Natasai Khushali. She was going home after duty when unidentified armed men shot her in the head after disembarking her from the rickshaw.

On Tuesday, Deputy Commissioner Shahid Ali and District Police Officer (DPO) Shafiullah Gandapur visited the residence of the deceased LHW and offered condolences to the bereaved family. They prayed that Almighty Allah rest the departed soul in eternal peace and grant courage to the bereaved family to bear the loss with equanimity.

Deputy Commissioner Shahid Ali also handed over a cheque of compensation to the father of the deceased LHW’s father.

DPO Shafiullah Gandapur said the murder case has been referred to the CTD. He said the culprits involved in the murder will be arrested soon.

Some local women from Jamrud tehsil of Khyber tribal district have accused police of violating the sanctity of their house and torture on family members.

Addressing a press conference at Jamrud Press Club, the women alleged that policemen entered their house without any prior permission early in the morning, resorted to firing and also tortured the male members of the family. The women also alleged that the raiding party had brought narcotics with them which they placed in the hujra (male guest house) and home and then falsely claimed that the narcotics have been recovered from the home during the raid.

The protesting women said they belong to a poor family and live in a rented house in Shahkas for the last 25 years. They said they are not involved in any illegal activity and they live a simple life and hardly manage to make ends meet. They demanded the government to provide them justice and take action against the police raiding party.