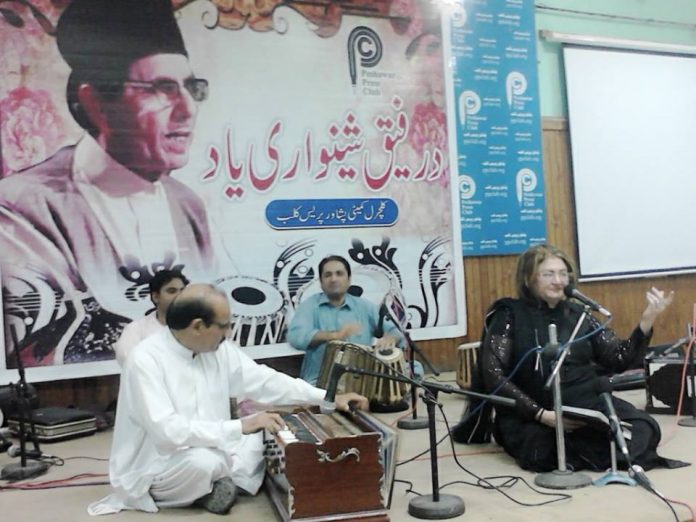 PESHAWAR, September 13: A musical night was arranged in memory of known musician Mr Rafiq Shinwari (late) in Peshawar wherein a big number of people of various walks of life participated.

The musical night was arranged by the Cultural Committee of the Peshawar  Press Club. Addressing the ceremony, Provincial Minister for Culture Mr Shah Farman and famous poet Mr Laiq Zada Laiq paid tribute to Mr Rafiq Shinwari and called him the king of music world.

One of the participants, Master Ali Haider, said, “He had been blessed by God with the qualities of a singer, without having attended any institute or training for this. He will be remembered as long as the Pashto music exists.”