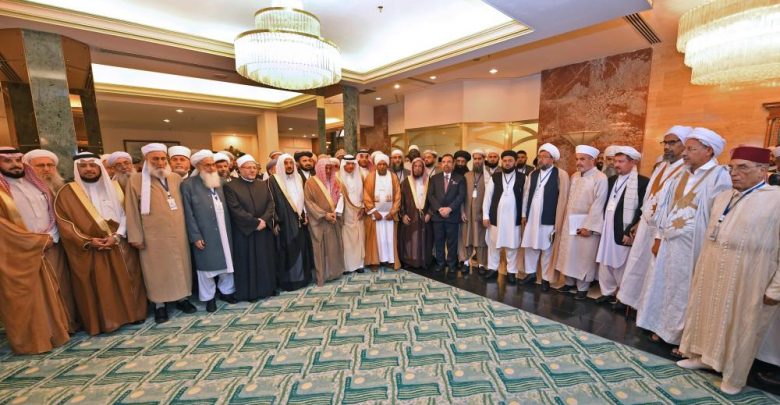 JEDDAH: More than 100 Muslim scholars from around the world meeting on Wednesday in the Saudi holy city of Makkah issued an urgent appeal for peace in Afghanistan as they ended a two-day conference.

“The solution to the cause of the Muslim Afghani must particularly go through mutual understanding and direct peaceful negotiations,” read the closing declaration.

“Reconciling between battling Muslims is one of the greatest and most honoured acts of worship,” it said.

The international gathering, which focused on prospects for peace in Afghanistan, was sponsored by the Organisation of Islamic Cooperation (OIC), based in nearby Jeddah.

Yousef al-Othaimeen, the head of the 57-member pan-Islamic organisation, ended the meeting by urging a ceasefire for Afghanistan.

“The OIC calls on all parties to observe a truce, respect a ceasefire and enter into direct negotiations,” he told reporters at the close of the conference.

The scholars were received on Wednesday by Saudi King Salman, who expressed his country’s committment to a peaceful resolution in Afghanistan, according to state news agency SPA.

The Taliban ignored an invitation from the OIC to attend the Makkah conference, Saudi daily Asharq al-Awsat reported on Wednesday.