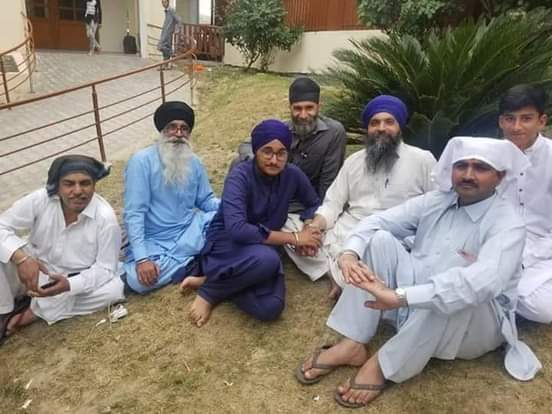 BUNER: Buner district of Khyber Pakhtunkhwa still presents a look of a mini sub-continent where Muslims and Sikh community members are living under exemplary harmony and peace and attend each other’s religious and cultural festivals.

There are a lot of similarities in style of living, language and culture that is why people of both religions are considered ambassadors of peace for the whole country.

The wave of terrorism had also affected Buner which had affected the religious and cultural practices of local people, but now the situation is totally normal. According to a survey, about 300 Sikh families are living in Buner with total comfort and harmony and Sikhs from other areas also prefer shifting to Buner due to ideal situation for them in the area.

Verender Kumar, a member from Sikh community who is a cloth merchant, said while talking to TNN that he has never felt like a minority community member in Buner as Sikhs are treated equally like Muslims and they enjoy full rights and freedom to practice their religion and cultural activities.

Verender Kumar said Muslims trust Sikhs so much in Buner that they keep their valuables and cash with them. He said before the development of banking system, people from far off areas used to come to keep their valuables with Sikhs of Buner. He said most customers to his shops are Muslims and they don’t bargain much and pay whatever price is conveyed to them. He said he also fixes very reasonable prices for Muslim customers to maintain the trust level.

Sovender Kumar, who runs a photo studio in Jowar Bazaar, said he comes to his shop daily by travelling on a motorcycle and he has never considered himself unsafe. He said he provides Iftar at mosque while going home during Ramazan because it gives him good feeling. He said he refrains from eating during day time during Ramazan as a mark of respect for the holy month.

Sovender Kumar said testing times came when militants occupied Buner, but the local people proved steadfast and came out of that situation successfully.

Mufti Abdul Aziz, a prayer leader at a local mosque, said Islam preaches its followers to treat the people from minorities well. He said the whole world needs to learn from the exemplary harmony between Muslims and Sikhs in Buner. He said where there is humanity no problem about religious identity emerges at all.