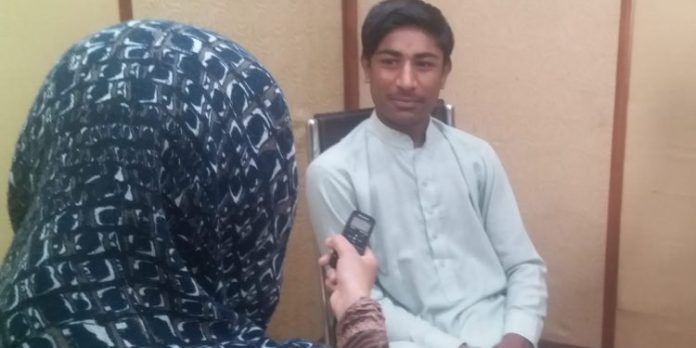 PESHAWAR: After his sensational popularity on social media through his immature poetry, Farman Kaskar is going to compile his poetry in a book titled Zalmay. He was talking with TNN here on Friday.

His poetry is just five months, but he is much confident about it and asked haters to delete his videos from mobile phones if they do not like his work. He claimed that his work only aims to bring a smile on the face of his people.

For the last few months, Farman Kaskar’s poetry and his witty style have become the source of entertainment of social media users in the province. Kaskar, who has got his popularity from his poem Zalimay, says that he has also a poetry teacher.  “Poetry is the creation of my mind after writing it down, I show it to my teacher,” said Farman Kaskar while talking with TNN. “Only, after taking gaudiness from my teacher, I enthral my listeners with it.”

Though for most of the people, he is not a poet in the real sense, however, he says his poetry book will soon be available in the market.

A resident of Tarkai village in District Swabi, Kaskar has got this popularity at a very young age on Facebook. He was in 7th class in a government school in his village, when his first poem got viral on social media. He is now promoted to 8th class and claimed that he has secured 2nd position in the class. Thus, he repudiating the recent rumours on social media that Kasker has failed all the papers and has sued the ‘Swabi education board’.

Talking about how he got popular among the masses, he said that it was one of his friends, who made his video and shared on social media. “After few days, I came to know that Facebook is blistering with poetry video. I was so excited,” said Farman. “I’m popular among my people, now I want to get some popularity abroad. I want to visit the whole world.” He said that his family is also much happy with his success, especially his father.

Kaskar said that he got so busy that he can’t even sleep enough. Adding that most of his time is passing in interviews and meetings the guests while during the night, he making new poetry creation.

Farman Kaskar loves music and these days, his favourite Pashto singer is Sobia Kaif and have listened to her music several times. However, he doesn’t want to lyrics for film music. “I just want to make music for the people of my district, Swabi, and bring smiles on their faces.”