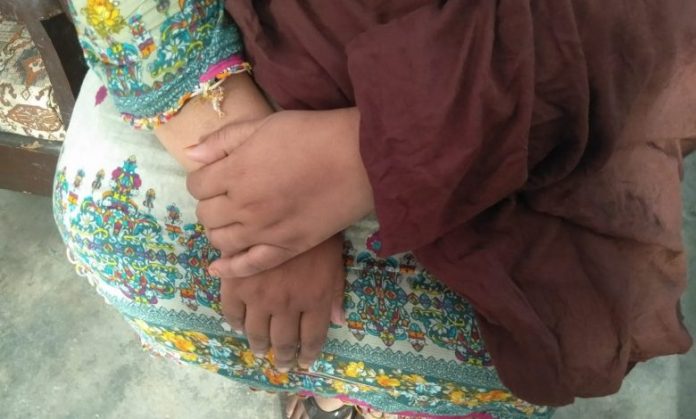 PESHAWAR: Shabnam used to get taunts from her husband about her dark complexion and he eventually entered second marriage and divorced his first wife over the same issue.

Shabnam, who lives in Peshawar city, said her husband used to torture her, and then entered second marriage. The situation of the family life did not improve, so Shabnam’s husband eventually divorced her.

Shabnam faced a lot of difficulties for bringing up her children and she had to work at different houses for this purpose. “Right from the first day of marriage, my husband started saying that he would enter second marriage,” she said while talking to TNN.

After four years of marriage, Shabnam gave birth to two sons, but still her husband entered second marriage and divorced Shabnam. She said the elders of the family gathered and decided that her ex-husband would give her monthly expenses for her children. However, he only gave money for one month, and then refused to pay anything.

Three months later, her ex-husband gathered all the family members and asked her to hand him over his two sons, but she plainly refused as she had already lost her husband, and would not hand over her children.

Sometimes, the sacred relationship between the wife and husband end up in divorce. But divorce is considered not less than a blot in our society.

Maulana Khanzeb, a social activist from Bajaur, said no Pakhtun likes to divorce his wife, but Islam allows a woman to separate from her husband.

“Although divorce is an unfavourable thing, but it becomes inevitable in some cases when there is no understanding or compromise between husband and wife,” he said, adding that a woman can separate from her husband who is irresponsible, careless or cruel.

Maulana Khanzeb said every effort must be made to make patch-up between husband and wife, but if it is not happening, then separation may by the last option.

Palwasha, a Peshawar-based lawyer, said most of the women who took divorce through the court in Khyber Pakhtunkhwa were victims of domestic violence. She said when husband is drug addict, irresponsible, cruel and careless then a woman is left with no option, but to seek divorce.