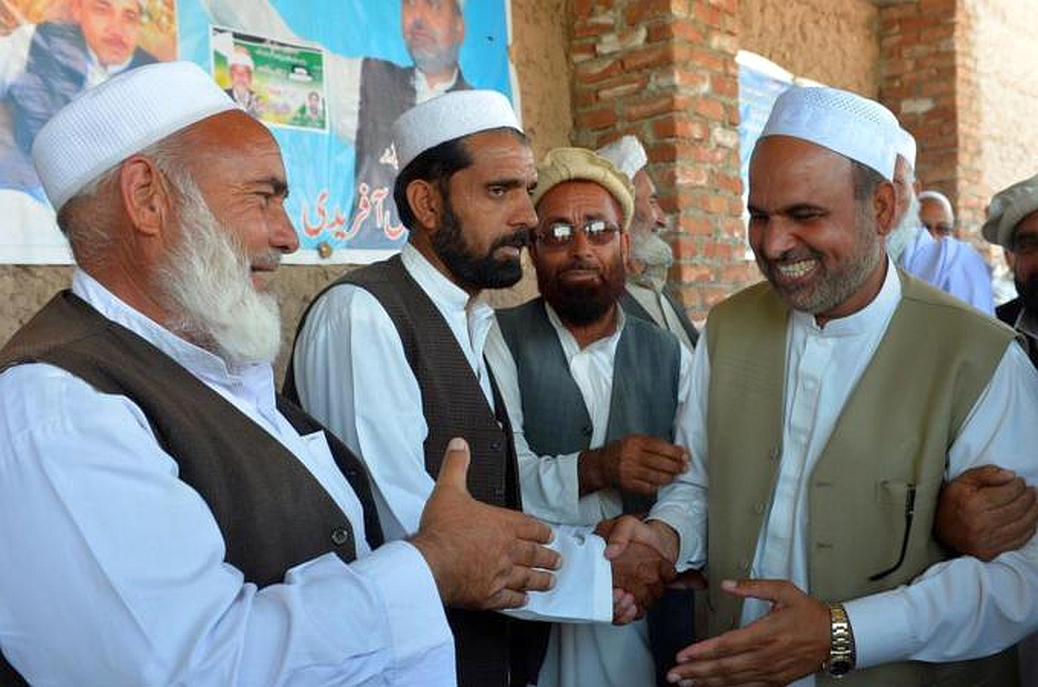 PESHAWAR: Applications have been submitted with concerned returning officer against two candidates contesting the upcoming general elections from NA-43 constituency of Khyber tribal district over alleged expenditure in excess of the limit set by the Election Commission of Pakistan (ECP).

The Pakistan Tehreek-e-Insaf (PTI) leader Muhammad Siddique along with many other party activists approached the returning officer with an application against former Member National Assembly Al-Haaj Shah Jee Gul Afridi for alleged expenditure beyond the ECP limit.

Meanwhile, activists of Al-Haaj Caravan led by its spokesman Malik Fazle Akbar Afridi and Al-Haaj Zubair Afridi submitted a complaint with the returning officer against the PTI candidate Noorul Haq Qadri along with ‘evidence’ of his alleged exorbitant expenditure.

Fazle Akbar said the returning officer has promised to take necessary action after reviewing the evidences.

Under the Election Act, 2017, a candidate vying for the National Assembly seat cannot spend about Rs4 million, while the limit for the provincial assembly candidates is set at Rs2 million.