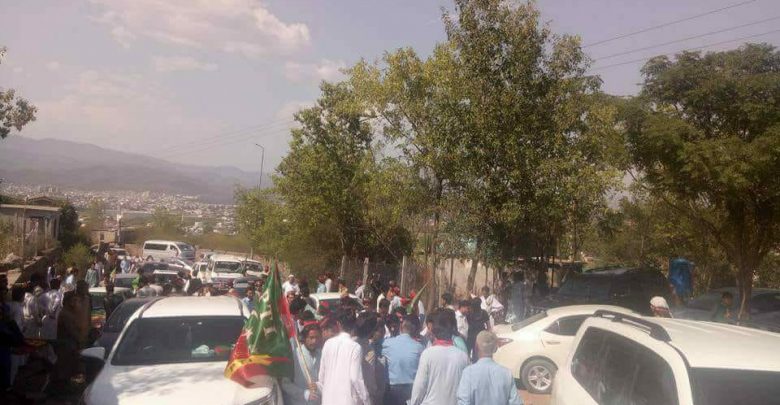 They demanded that tickets for NA-44 should not be awarded to Iqbal Afridi. Following massive protests by PTI workers outside Khan’s house, a heavy contingent has been deployed to avoid any untoward incident.

Imran Khan later called some protesters and asked them to end the protest. A two-person committee met party chief and urged him to award ticket to Abdul Ghani instead of Iqbal Afridi.

PTI workers from different areas have been protesting in Bani Gala for, what they claimed, injustices in award of tickets.