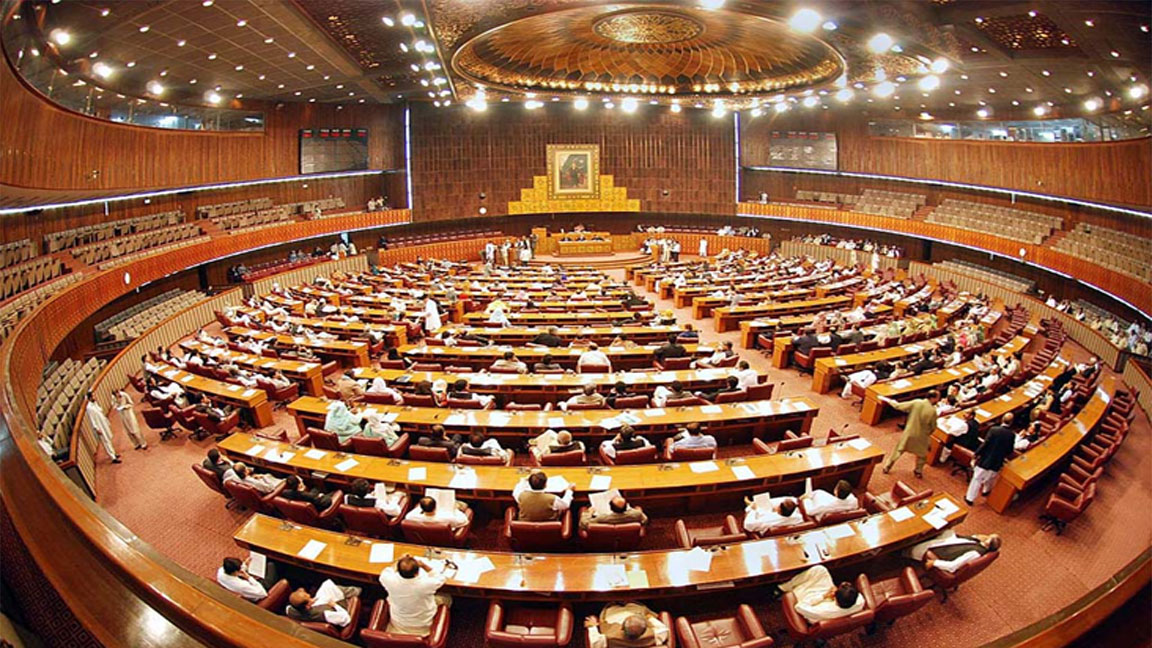 PESHAWAR: The National Assembly is set to elect its speaker and deputy speaker today (Wednesday) for which a tough contest is expected between the Pakistan Tehreek-e-Insaf (PTI) and opposition candidates.

The NA session has kicked off at the Parliament House in the federal capital which is being chaired by outgoing Speaker Sardar Ayaz Sadiq.

After speaker’s election, the new speaker will then conduct the election of deputy speaker. Five newly elected members, who could not attend the inaugural session of the 15th National Assembly on Monday, took oath of their office on Wednesday.

The PTI has expressed concern over possible horse trading during the election of speaker and deputy speaker as its leaders alleged on Tuesday that its members were being approached by the opposition candidates for votes. On the other hand, Khursheed Shah says he is in the Parliament for the last 30 years and there is nothing wrong in approaching the colleagues.

The Khyber Pakhtunkhwa Assembly will also elect its speaker and deputy speaker today.

The Sindh Assembly is also meeting today to elect the speaker and deputy speaker.