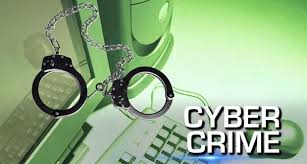 The upper house of the Parliament, Senate has already approved the bill with 50 amendments in July this year. The bill will become a law after signatures by President Mamnoon Hussain.

Minister of State for Information Technology and Telecommunication Anusha Rehman presented this bill earlier this year.

The law envisages 14-year imprisonment and a Rs500,000 fine for people using internet for terrorism, seven-year imprisonment each for campaigning against innocent people on the internet, spreading hate material on the basis of ethnicity, religion, and sect, or taking part in child pornography.

The bill was strongly criticized and opposed by the opposition lawmakers and termed it a black law and putting curbs on freedom of expression.

Under the law, a special court will be formed for investigation into cyber crimes in consultation with the high court.

The law will also apply to expatriates and electronic gadgets will be accepted as evidence in a special court.