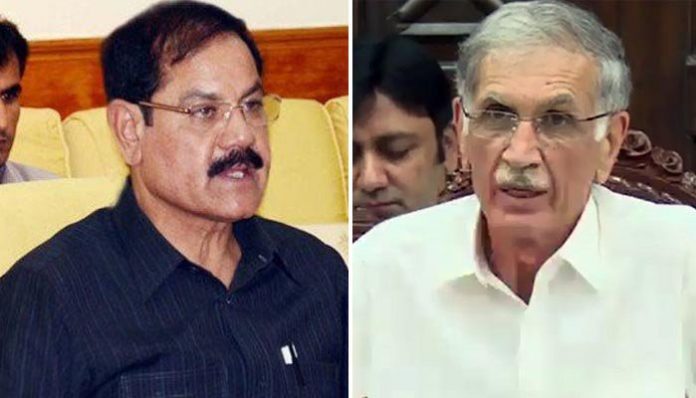 The notification added that all the three are being investigated for alleged violation of merit and the misuse of authority in the appointment of Pak Austria institute project director. The NAB spokesperson maintained that the anti-corruption watchdog believes the appointment, made in 2016, was a gross violation of merit. They are also accused of misuse of powers and authority during their tenures as the Chief Minister, KP Minister for high education and chief secretary of the province respectively.

The anti-graft body has directed Pervez Khattak, the advisor to Chief Minister on Education, Mushtaq Ghani, and former Chief Secretary to appear in NAB regional office, next week, to record their statements in the case.

The anti-graft body has directed Pervez Khattak, the advisor to Chief Minister on Education, Mushtaq Ghani, and former Chief Secretary to appear next week to record their statements in the case.

NAB has also alleged that Ghani, who was the KP minister for high education, has also demanded Rs 3 million for the visit of a delegation of the institute to Austria.

The NAB official maintained the then secretary for communication and works (C&W) and secretary Finance has opposed the project of Pak Austria institute due to its high cost. They have advised the government that instead of setting new institute, the resources should be spent on the up gradation of the existing institutions. However, despite the opposition, Khattak, Ghani and Amjid Ali Khan gave approval of the project. “In grave violation of rules, they have appointed Dr Naseer Ali Khan as the project director of the Pak-Austria institute,” the NAB official said.

NAB has also approved investigation against Pervez Khattak in September last year, an executive board meeting presided Chairman Javed Iqbal in which he gave approval for inquiry but no details were given about the nature of charges.