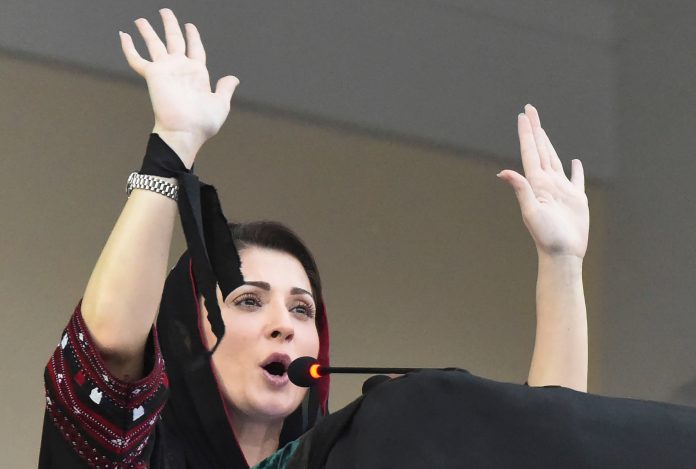 Due to security concerns, Maryam Nawaz has been kept in a separate room in NAB office in Lahore, said the press statement issued by NAB officials. The opposition leadership has strongly reacted to the arrest of another opposition leader and accused the Pakistan Tehrik-e-Insaf (PTI) government of political victimization.

Chairman of Pakistan People Party (PPP) Bilawal Bhutto Zardari in his aggressive speech, amongst the ‘shame shame’ slogans by the opposition MNAs on the floor of assembly flayed government for arresting woman opposition leader. “We have seen all type authoritarian rulers but we are seeing, for the first time, that a woman opposition leader has been arrested for without any conviction.” In his speech, Bilawal called the government “Begherat” which was expunged by the deputy speaker assembly.

The NAB press statement has said that on the directives of NAB chairman a team of doctors would conduct a medical examination of Maryam Nawaz and Yousaf Abbas while both will be presented before an accountability court on Friday for remand.

Before her arrest, Maryam Nawaz has visited the Kot Lakhpat Jail where she met her father, Mian Nawaz Sharif from where she was arrested and was taken to the NAB office in Lahore. A few days back former Prime Minister and senior leader of PMLN Shahid Khaqan Abbasi was arrested.

Sources said that Maryam was summoned by NAB at 3 pm today for questioning in the Chaudhry Sugar Mills case but she had informed NAB she would not be appearing as she had to meet her father in Kot Lakhpat jail. She has earlier appeared before the NAB in the same case on July 31 and recorded her statement. The government is accusing Sharif family of using Chaudhry Sugar Mills for money-laundering and illegal transfer of its shares.