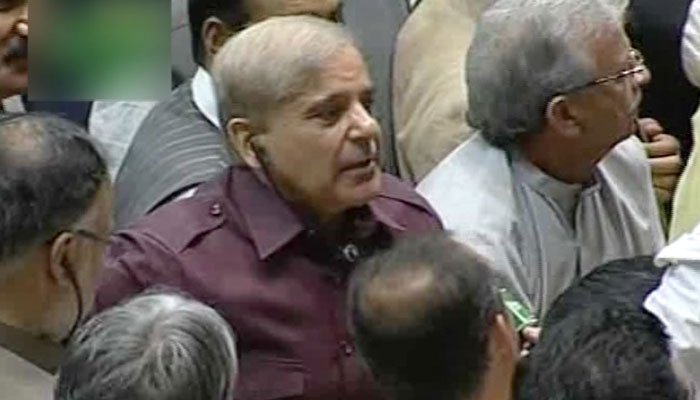 The Leader of the Opposition in the National Assembly has been accused of corruption in the case. NAB says the opposition leader will be produced before an accountability court for remand. He will spend the night in a lock-up inside the NAB Lahore office.

NAB issued a statement saying that it has arrested the former Punjab chief minister Shahbaz Sharif in the Ashiana company case and will produce him before an accountability court in Lahore on Saturday.

Shahbaz, the PML-N president, was detained by NAB officials and his car was sent away. His private staff who accompanied him as security were also sent away.

Following his arrest, a large number of party supporters and workers started gathering outside NAB office to protest his arrest.

He was arrested without permission of speaker. PML-N claimed that arresting the opposition leader without seeking the permission of the NA speaker was against the law.

A meeting of the PML-N parliamentary party condemned the arrest and declared it political victimisation and an unfortunate precedent of using NAB against political opponents is being revived again.

It said that these tactics are not new for the PML-N and the practice of making an example out of “public servants” for just being political opponents has brought harm to the country in the past as well.