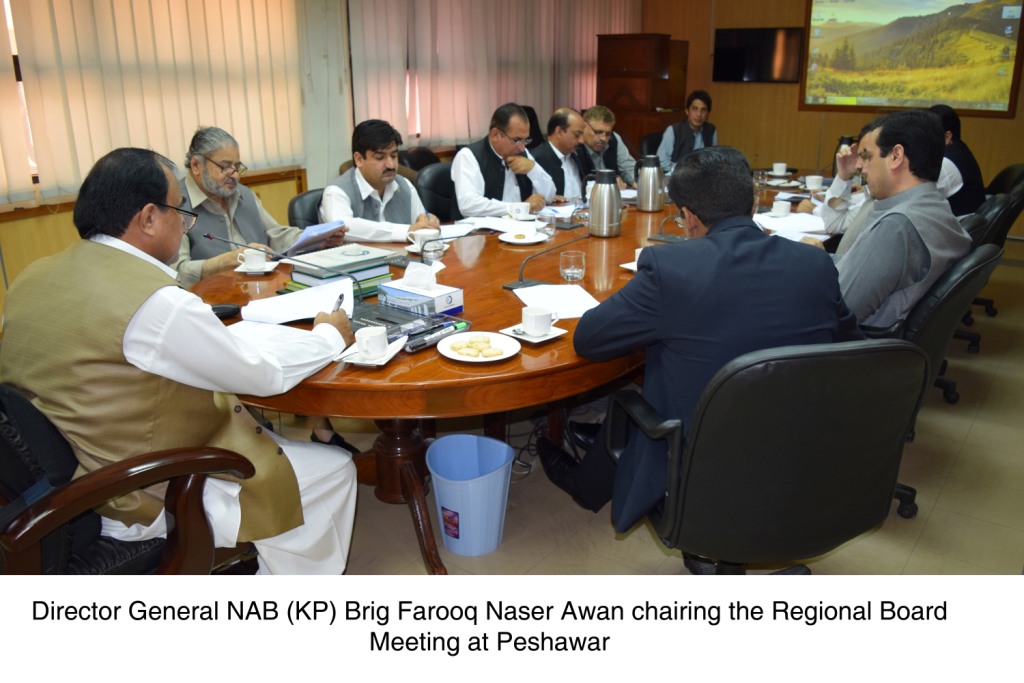 According to a press release issued here on Friday, the Regional Board Meeting (RBM) of NAB, KP was held under the chairmanship of Director General, Brig (retired) Farooq Naser Awan.

The meeting authorized an inquiry to investigate alleged malpractices committed by officials by ignoring the findings and recommendations of the Special Evaluation Committee for identification of suitable land for the university.

The press release added that no approval was taken from the syndicate or Senate of the university for the acquisition of land. It further added that funds released by the federal government for the construction of the university building to the tune of Rs127.485 million also lapsed. The NAB press release noted that due to the alleged negligence, the Rs2.5 billion project of the University of Swat also suffered.

The second inquiry was authorized against officials of the Nowshera Medical College for their alleged involvement in illegal appointments, the press release informed.

It added that the scrutiny of record showed that the degrees and experience certificates submitted by some of the candidates are bogus. The officials are also alleged to have embezzled Rs400 million in procurement of medical equipment.