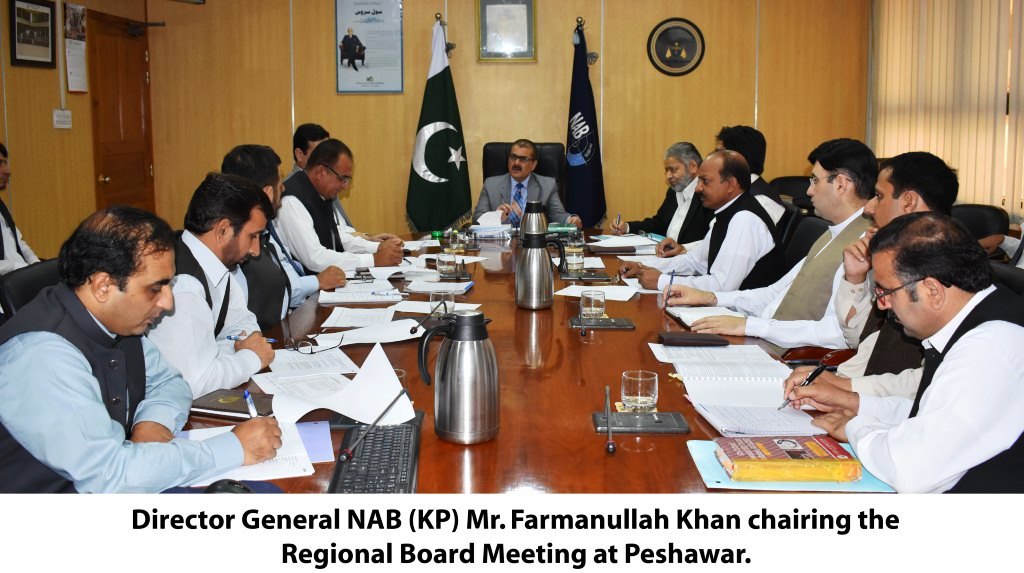 PESHAWAR: The Regional Board of National Accountability Bureau Khyber Pakhtunkhwa has authorized an inquiry against the officials of FATA Disaster management Authority (FDMA), who have allegedly made illegal appointments and embezzled funds in gross violation of laws, said a press release issued here on Monday.

It said that this and other inquiries were approved in a high level meeting chaired by Mr. Farmanullah Khan, Director General NAB (KP) at Peshawar.

The Board in its meeting also approved conducting of inquiry against officials of LG&RDD/TMA Town-III Peshawar for violating building bylaws while construction of high-rise building in University Town, Peshawar.

Another inquiry was approved against officials of Health & Education Departments (KP) for being involved in embezzlement of millions of rupees allocated for installation of Biometric Machines in Education and Health Departments (KP).

The members of the board also approved investigation against officials of OGDCL Karak for awarding contract of “Gas Processing, LPG recovery Plant & Allied Facilities at Nashapa Oil Fields” against merit at District Karak.

It was decided in the meeting to conduct inquiry against Owner / Administration of Doctor’s Colony, Mardan for cheating public in the garb of illegal housing scheme namely “Doctor’s Colony” Mardan.

The participants of the meeting agreed to carry out investigation against officials of Health Deptt (KP) who have allegedly purchased medicines from blue-eyed companies on exorbitant rates for distribution in KP hospitals as well as making illegal appointments of Doctors and Paramedics at FATA.

Addressing the meeting, DG NAB (KP) Farmanullah vowed that as per directions of Justice Javed Iqbal Chairman NAB, NAB KP is determined to do across the board accountability on the basis of solid evidence as per law. He further said that eradication of corruption is not only our social and moral obligation but it also ensures prosperous future of our coming generations.