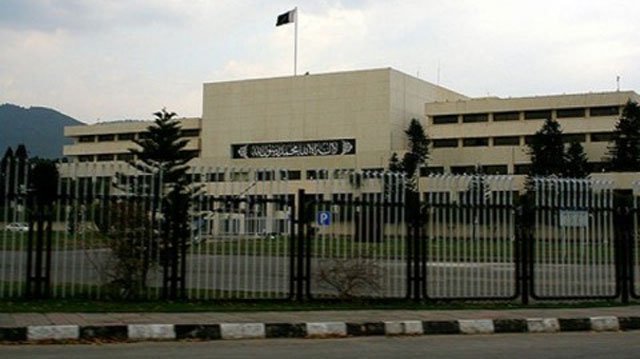 PESHAWAR, 29 May: The National Counter Terrorism Authority (NACTA) has said that it had no exact data of madrassas (religious seminaries) in Pakistan.

NACTA Coordinator Hamid Khan told the Senate Committee on Interior during a briefing on implementation of the National Action Plan (NAP) to counter terrorism yesterday that there are about 18,000 to 29,000 religious seminaries in Pakistan. However, he said, exact data about the seminaries is not available.

Mr Khan told the Senate committee that the law enforcement personnel have arrested 49,000 suspects after the terrorist attack on the Army Public School and College in Peshawar. He said 3,000 arrested suspects had been involved in spreading lawlessness in the country. He said suspect bank accounts of over Rs2 billion have also been freezed.

The Senate committee chairman Rehman Malik during the meeting demanded the Afghan government to hand over the Tehrik-e-Taliban Pakistan (TTP) chief Mullah Fazlullah, who claimed responsibility for the Peshawar school attack, to Pakistan.