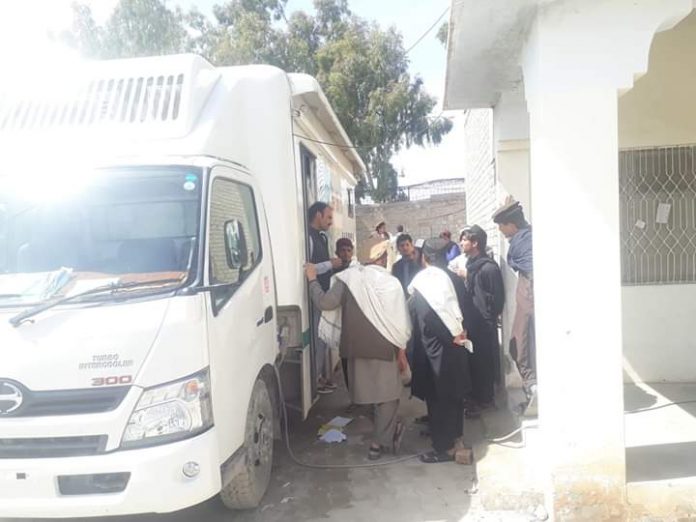 MIRANSHAH: The National Database and Registration Authority (Nadra) has initiated a mobile service in North Waziristan tribal district as work on the establishment of office in Miranshah is still incomplete.

The Nadra vehicle has been arranged for the people of North Waziristan to reduce their difficulties and facilitate them till the establishment of a full-fledged office in Miranshah. Nadra Office In-charge in Miranshah, Noor Jamal says earlier people had to travel to Mir Ali for their issues related to computerised national identity cards (CNICs) and Form-B, but now they will be facilitated by the Nadra mobile service.

The Nadra mobile van facility is now available in Civil Colony in Miranshah where people are coming in large number daily to resolve their problems related to CNICs.

Noor Jamal says construction work on the Nadra office in Miranshah continues with full swing and it will complete soon. He said with the completion of the office, the people of Miranshah will not require travel to Mir Ali and Bannu for the CNICs-related issues.

The local people have appreciated the Nadra mobile service in Miranshah and said it has reduced their troubles. They said it was very difficult particularly for women to travel to Mir Ali and Bannu.

The security forces killed a wanted terrorist in a clash during a search operation in Khoi Bahara area in Dera Ismail Khan on Friday.

Local sources said the security forces and police conducted a joint raid on the hideout of the terrorist in Khoi Bahara area early in the day. The terrorist Masroor, associated with a splinter group of the Tehreek-e-Taliban Pakistan, opened fire on the forces and was killed in the ensuing clash. A Kalashnikov, a hand-grenade and explosives were recovered from the possession of the terrorist. Police said the slain terrorist belonged to Punjab and he was wanted in several cases.

Meanwhile, a Levies personnel was killed in firing of unidentified armed men in Gandigar area of Upper Dir.

Sources said Levies personnel Naseeb Zada was present outside his house when unknown armed men opened fire on him in the jurisdiction of Gandigar Police Station. He was shifted to hospital in critically injured condition where he succumbed to his injuries.