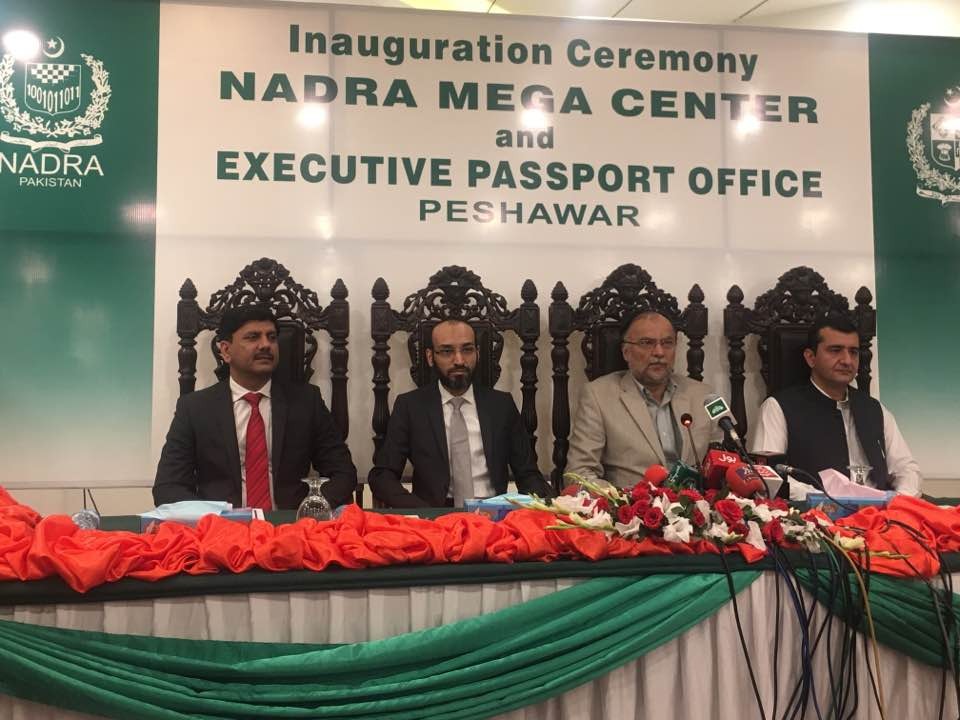 PESHAWAR, 06 November: To facilitate public in getting Computerized National Identity Cards (CNICs) and passports under one roof, Interior Minister Ahsan Iqbal on Monday inaugurated NADRA mega center and executive passport office in Tehkal area of the provincial metropolis on Monday. The new building has been established at a cost of Rs29 million.

“This mega center is different from other Nadra offices. Here the applicant would not be required to go to different counters for photograph, data entry and other purposes. It will be a one-window operation,” a Nadra official explained.

Speaking on the occasion, Interior Minister Ahsan Iqbal appreciated Nadra for achieving numerous goals within a short span of time. He said that Nadra has been providing services in a number of foreign countries.

He said that consistency in policies would make Pakistan an Asian tiger, but unfortunately, the democratic setup was not allowed to take roots in the country.

The Interior Minister said that terrorism had been eliminated from the country. “We have also overcome energy crisis and nearly 10,000 megawatts of power will be added to the national grid by May 2018,” he added.