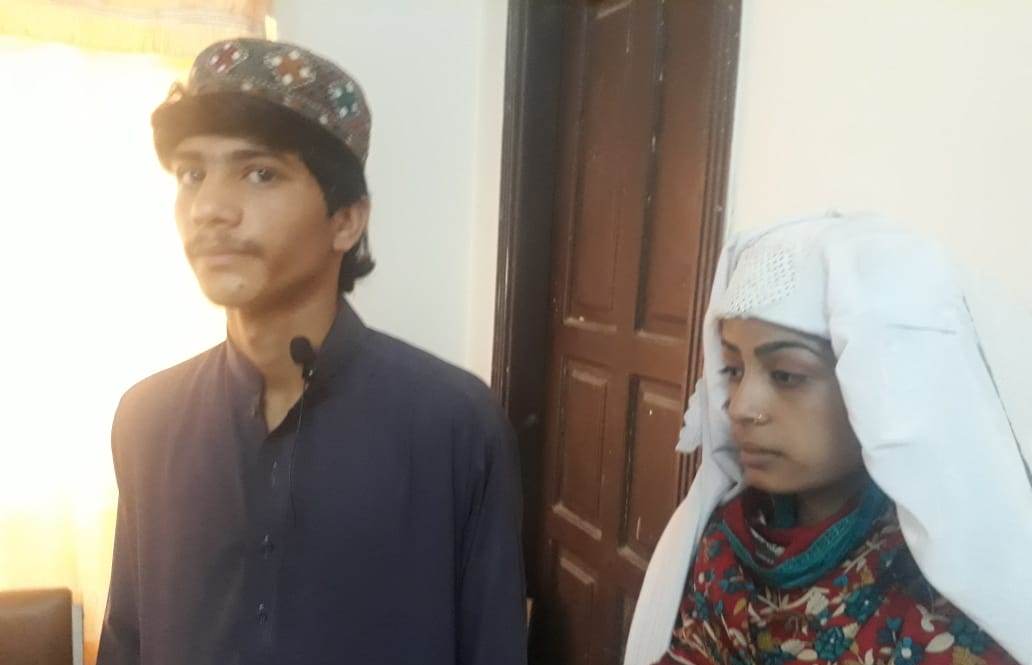 HANGU: The reports about a man from Hangu of losing his daughter in gambling have turned out to be untrue as the girl has come out with a statement that she entered marriage with her neighbour according to her own free will.

Shazia, a woman belonging to Christian community, had filed a report with Riaz Shaheed Police Station few days ago that her husband had lost her daughter Naina in a bet. Police said the girl’s father, Iqbal Gill was arrested after complaint of his wife.

On Wednesday, police presented Naina and her husband Shakirullah before the media who revealed that the report lodged by Shazia was based on lies. Naina said she and Shakirullah loved each other since last few years and she informed her parents about her wish to marry Shakirullah, but they refused. She said she first embraced Islam and then immediately married Shakirullah according to her own free will.

Shakirullah told media that he sent marriage proposal for Naina several times, but her parents refused after which he and Naina decided to enter marriage secretly.

Police told TNN that Iqbal Gill has been released and action will be taken against Naina’s mother over filing a false report.

A local source told TNN on condition of anonymity that Iqbal Gill and his wife run gambling at their home. However, he said, he is not sure why Shazia filed such report against her husband.