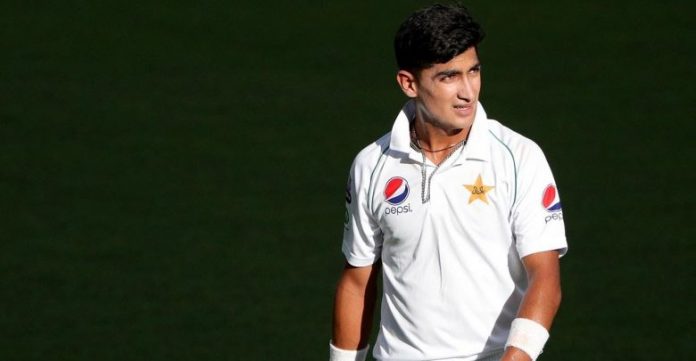 PESHAWAR: Pakistan has announced squad for the Under-19 World Cup to be held in South Africa in January and February next year.

Rohail Nazir, the wicketkeeper-batsman, will lead the 15-man Pakistan squad. Naseem Shah, who recently made his Test debut versus Australia, has also been included in the squad.

Naseem Shah during his Test debut impressed everyone and he was noticed by cricket greats. Pakistan Under-19 coach Ijaz Ahmed said Naseem Shah is his main weapon and he needs him for the World Cup.

Ijaz Ahmed said Pakistan will mainly depend on spinners at home Test series against Sri Lanka and the fast bowling department will also be covered up by the experienced bowlers like Mohammad Abbas and Shaheen Shah Afridi. He said he has asked chief selector Misbahul Haq to release Naseem Shah for the important junior assignment.

Naseem Shah, who has just played seven first-class matches, has already become a world renowned bowler due to impressive bowling at Test debut at the age of 16. He can definitely prove lethal in South African conditions and boost Pakistan’s chances.

Captain Rohail Nazir, 18, has played nine first-class games and was also the captain of Pakistan Under-19 side in the recently-concluded Under-19 Asia Cup held in Sri Lanka. He scored his maiden one-day ton against India Under-19 during the mega event. Opener Haider Ali, who plays for Northern in first-class cricket, has been named the vice-captain.

The top two sides from all the four groups will qualify to the Super League. The Super League phase will begin on January 28, with the top four sides progressing to the semi-finals. The final will be played on February 9.