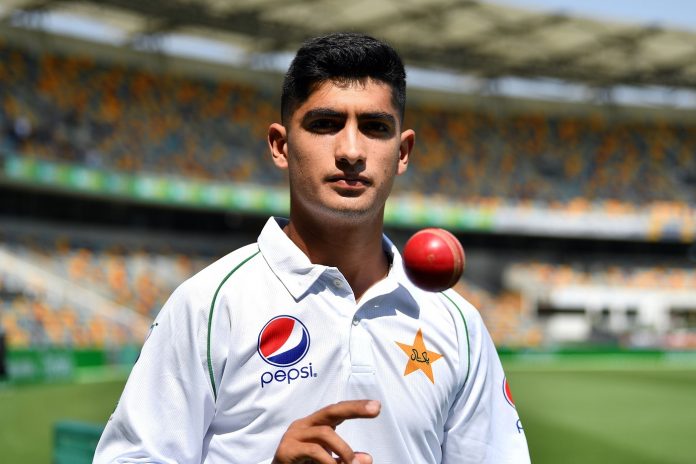 PESHAWAR: The first match of the two-match Test series between Pakistan and Australia will start in Brisbane tomorrow (Thursday).

The new-look Pakistan team, especially the pace attack, which has three teenage pacers, will be hoping to make history in Australia this time. Pakistan will mainly look to the pace attack to do the job for them. The 16-year-old Nasim Shah from Dir has gained a lot of focus of media and cricketing experts ahead of the match. He will be the youngest Test debutant in Australia. Despite a big tragedy in shape of his mother’s death few days ago, Nasim Shah decided to stay back in Australia and he is looking upbeat to prove the selectors and team management right who are supporting him enormously. The young bowler impressed a lot during his few overs in a practice match and now he looks well prepared for his debut. Another bowler from Dir, Imran Khan Senior will also be in contention after taking five wickets in practice match, but he will face competition from Mohammad Abbas, who is also in great form recently. Shaheen Shah Afridi is also in the squad and looks good for inclusion in final eleven. An interesting scenario can develop if the pace attack included Yasir Shah, Shaheen Shah Afridi, Imran Khan and Naseem Shah – all from Khyber Pakhtunkhwa.

Pakistan’s batting form will be a decisive factor in the outcome of the series as Australian pitches have traditionally proved very difficult for them. Pakistan are currently on a 12-match losing streak in Tests in Australia and they will have to play out of their skins to end this losing streak.