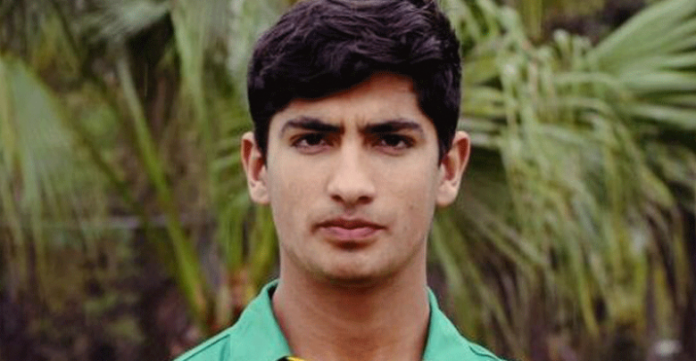 PESHAWAR: The mother of promising young cricketer Nasim Shah has died due to heart failure in Dir.

The national team players wore black armbands as mark of respect during the match.

The 16-year-old pace bowler received the sad new about his mother’s death when he was in Perth. His mother was laid to rest at her ancestral graveyard in Jandol Mayar.

The family of the young bowler was over the moon over his selection for a crucial series against Australia. In the unfortunate turn of events, if Nasim Shah gets a Test debut, his mother won’t be able to see him.

Although, Nasim Shah did not take any part in the practice match against Australia-A, but Pakistan looked very promising in the match and were dominating.

Pakistan in the first innings scored 428 runs due to brilliant centuries by Babar Azam and Asad Shafiq and then dismissed Australia-A for 122 runs due to brilliant bowling by Imran Khan Senior, who also hails from Dir. Imran Khan Senior took five wickets and did not give chance to Australian batsmen to settle. Australia selectors were hoping for some clarity over the final batting spots in the first Test against Pakistan, but their hopes were shattered when the whole batting line of Australia-A collapsed. Pakistan were also looking good in the second innings and they were playing on 99/2 in the morning session.

After dismal performance in the recently concluded T20 series, in which Pakistan faced 2-0 defeat, Pakistan showed improvement in the practice match ahead of the first Test which will be played at Perth from November 15-19.