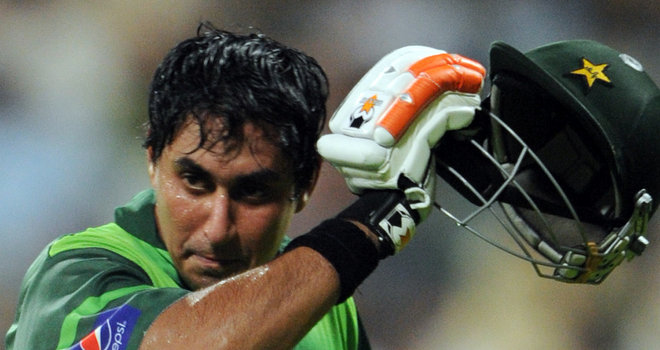 PESHAWAR: The Pakistan Cricket Board (PCB) has banned left-hand batsman Nasir Jamshed for 10 years an anti-corruption tribunal found him guilty in the PSL spot-fixing case.

The PCB legal adviser Taffazul Rizvi told media persons that the PCB’s anti-corruption tribunal declared Nasir Jamshed guilty of violating its anti-corruption code of conduct during the second edition of Pakistan Super League (PSL-2) in 2017. Nasir Jamshed, who played 48 One-Day Internationals and two Tests, was already serving a one-year ban for his non-cooperation with the PCB’s spot-fixing investigation.

Mr Rizvi said Nasir Jamshed was the “lynchpin” in the scandal that is why he got harsher punishment than other characters involved in the matter. He will not be allowed to be involved with cricket or cricket administration even after his period of ban is over. The cricketers will also be advised to avoid media questions on him and stay away from him.

Nasir Jamshed did not participate in the PSL but was allegedly playing a major role in the spot-fixing scandal in PSL-2. Batsmen Sharjeel Khan and Khalid Latif were banned for five years each, fast bowler Muhammad Irfan and all-rounder Mohammad Nawaz received respective suspensions for 12 and two months. Batsman Shahzeb Hasan was also banned for one year in the scandal.