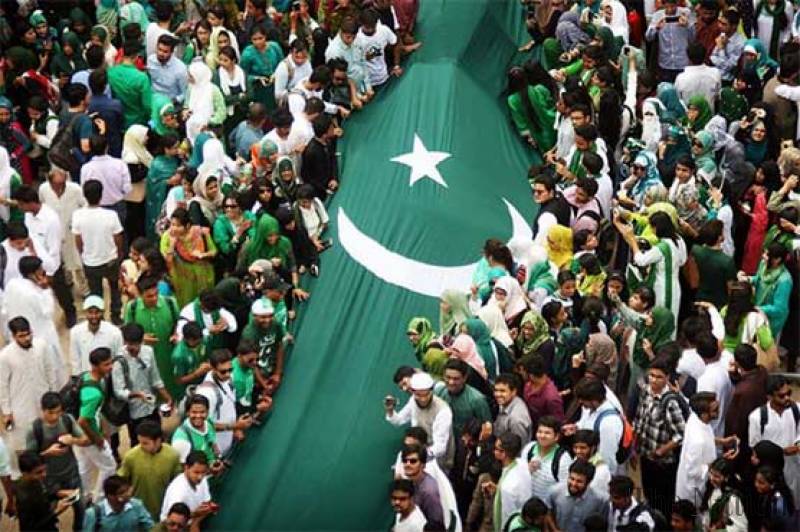 PESHAWAR: The nation is celebrates 71st Independence Day on Tuesday with renewed resolve to work with the spirit of Pakistan Movement to make the country a true Islamic welfare state.

Celebrations kicked off across the country as the clock struck midnight. An amazing display of fireworks was put up in different parts of the country while important buildings were lit up.

The day dawned with thirty-one gun salute in the federal capital Islamabad and twenty-one gun salute in all the provincial headquarters. The main even of the Independence Day held at Jinnah Convention centre in Islamabad. President Mamnoon Hussain was the chief guest on the occasion. President Mamnoon Hussain and caretaker Prime Minister retired Justice Nasirul Mulk hoisted the national flag followed by the national anthem. Similar flag hoisting ceremonies are also being held at provincial, divisional and district headquarters level throughout the country.

Special prayers were offered in mosques at dawn for peace, solidarity, and prosperity of the country and for the resolution of the long-standing issue of Kashmir.

Prime minister in waiting Imran Khan in a Twitter message on the occasion of Independence Day said Pakistan can become the great nation envisaged by Quaid-e-Azam and Allama Iqbal if we are united in our resolve. 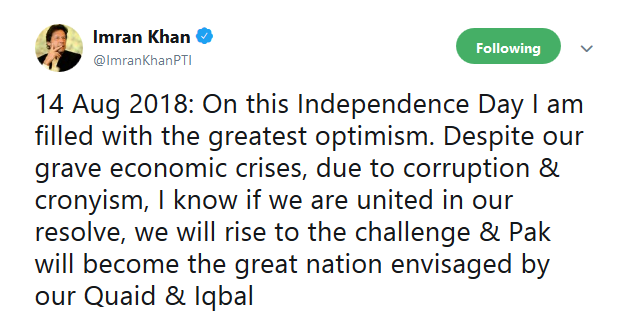 In Peshawar, the main function in connection with the Independence Day is being held at Civil Secretariat Peshawar. Caretaker Chief Minister Dost Muhammad Khan was scheduled to hoist the national flag.

A car rally arranged in connection with the Independence Day also started from Peshawar on Tuesday.

The governor and caretaker chief minister in their messages on the occasion of Independence Day have asked the people to work for materialising dream of the founder of the nation for making the country an abode of peace, prosperity and stability for our future generations.