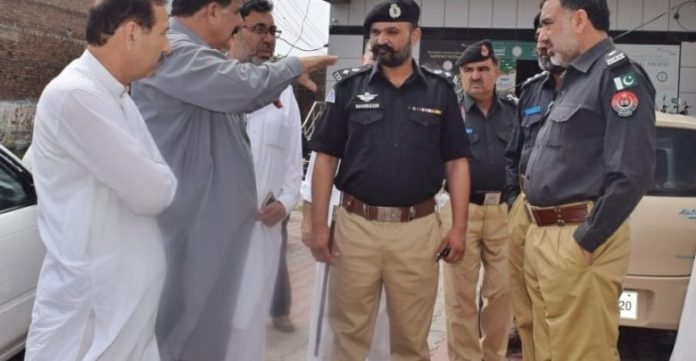 NOWSHERA: Unknown robbers looted Rs20 million from the national bank of Pakistan’s Pabbi branch by sawing a hole in its backside wall, police said the on Friday.

The police said that thieves sawed a gaping hole in the backside wall of the bank through which they entered the bank and stolen Rs20 million cash and other equipment without any resistance.

Besides cash, robbers also took away NBP computers and other important equipment. The bank officials said that they are working to make a full estimate of the loss incurred to the national bank due to an overnight bank robbery.

Pabbi police have stopped the media persons from covering the bank robbery. Before this robbery, unknown bandits have looted the Muslim Commercial Bank in the same area but the Pabbi police have yet to arrest the culprits.

The crime scene unit has been directed to collect important information including the fingerprints from the crime spot. The police officials informed the media that the findings of the investigation team will be shared with the media and the general public. Police officers added that all efforts will be made to arrests the culprits involved in the bank robbery.

NOWSHERA: Two prayer leaders were drowned in river Indus near Darwazgai Bridge on Thursday.  The victims were identified as Ihtisham and Alam Zeb. Local sources said that they were picnicking near the river and that both the victims were best swimmers but on that unfortunate day, they were overcome by the swift waves of the river.

Local people said that they have made repeated calls to Rescue 1122 but they didn’t reach the spot for rescue efforts.

The rescue 1122 in a statement said that during the Eid days they have faced a total of 975 emergencies in ten districts of the province. A total of 946 persons were taken to hospitals. While a total of 33 persons have lost their lives in these incidents.