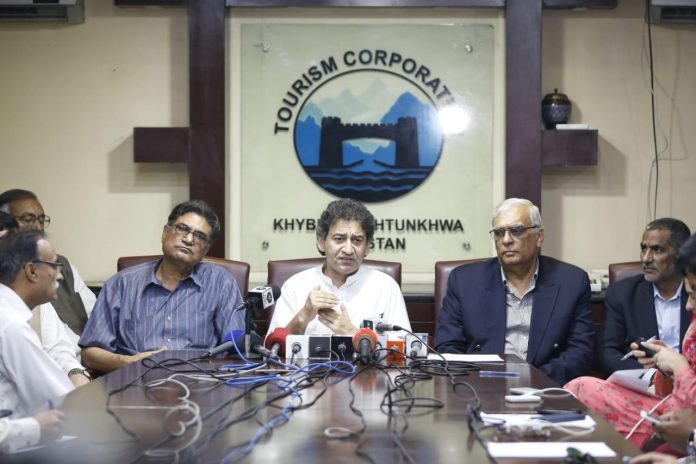 PESHAWAR: Khyber Pakhtunkhwa Senior Minister Atif Khan has said the National Games will be organised in Peshawar from October 21-27.

Atif Khan said the POA president has visited Peshawar to review preparations for the mega event and in this regard a meeting with Chief Minister Mehmood Khan was also held. He said it has been decided to conduct the National Games in Peshawar this year. He said Rs170 million has been allocated for the Games.

Atif Khan said the Games will help promote soft Image of KP in the world. He said that besides Peshawar, the competitions will also be arranged in Mardan, Abbottabad, Charsadda and Kohat. However, he said final decision about sports events in these areas will be taken later.

To a question, the senior minister said a proposal is under consideration to invite Afghanistan, Sri Lanka and Bangladesh to send their players to the National Games of Pakistan. He said this suggestion will be presented to the Foreign Ministry after which a final decision will be taken. He said the services of all the relevant departments will be acquired for the National Games and proper security arrangements will be made.

The POA president said he is planning to arrange the next year’s National Games in Quetta if the situation was normal there.