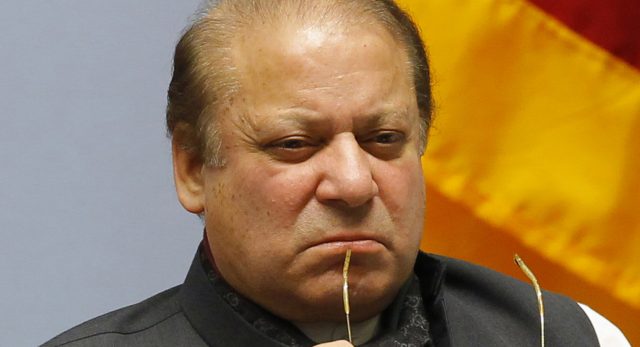 ISLAMABAD, 25 September: Former prime minister Nawaz Sharif returned to Pakistan from London on Monday to face corruption cases registered against him and announced to appear before the Accountability courts.

The former PM was abroad in UK to see his ailing wife Kulsoom Nawaz who was undergoing cencer treatment. However, his family members including his sons and daughter were still in UK and didn’t accompany Nawaz in his return.

He was received by Speaker National Assembly Sardar Ayaz Sadiq, PML-N information secretary Mushahidullah Khan and other party leaders at Benazir Bhutto International Airport Monday morning at 7:30am. After arriving he held a meeting with party leaders at Punjab House in connection with his appearance at the court.

Following the meeting, Senator Asif Kirmani told media that the former PM would appear before the court and hold a press conference after appearance.