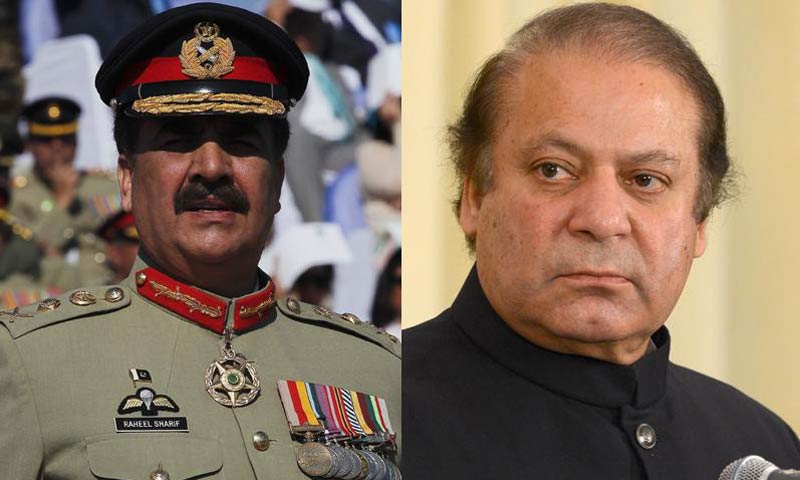 PESHAWAR, 11 May: Prime Minister Nawaz Sharif will leave for Kabul on a daylong visit tomorrow (Tuesday).
A statement issued by the Foreign Office states that the visit—the second one after Nawaz Sharif came into power in May 2013—is being paid on the invitation of Afghan President Ashraf Ghani. The delegation of the premier include: Adviser to Prime Minister on National Security and Foreign Affairs Sartaj Aziz, Chief of Army Staff General Raheel Shairf, Special Assistant to Prime Minister on Foreign Affairs Syed Tariq Fatemi, Foreign Secretary Aizaz Ahmad Chaudhry and senior officials.
During the visit both the countries would discuss bilateral issues. Political analysts say that the Pakistan role to ensure the continuation of talks between Kabul government and Taliban militants would also come under discussion. Similarly, they add, Pakistan army chief would also take up with his counterpart the presence of Indian intelligence agency in Afghanistan and its involvement in terrorist acts in Pakistan.