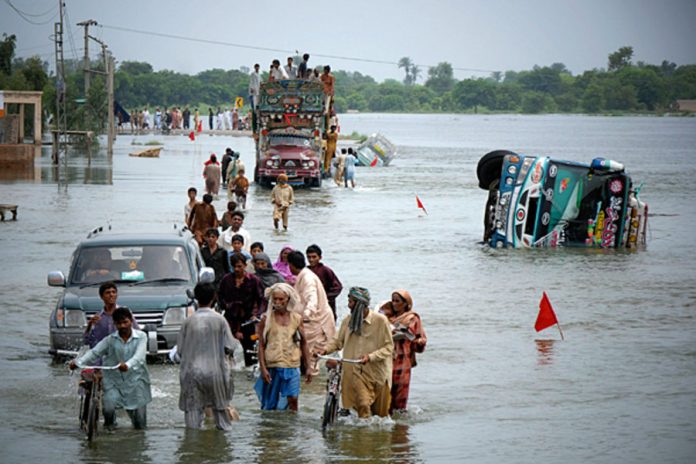 PESHAWAR: The federal government has given approval to set up District Disaster Management Units (DDMUs) at all the tribal districts of Khyber Pakhtunkhwa (KP).

The decision was taken under section 18 of the National Disaster Management Authority (NDMA) Act 2010 which will now be applicable to the North Waziristan, South Waziristan, Khyber, Mohmand, Bajaur, Orakzai and Kurram districts with immediate effect.

The notification said that in pursuance to the merger of the erstwhile Federally Administrated Tribal Areas (FATA) with the Khyber Pakhtunkhwa under the 25th constitutional amendment, the DMUs will be set up under the national disaster management authority in all the tribal districts of the province.
The Assistant Commissioner of each district headquarters will serve as the in charge of the district disaster management unit.

The government officials expressed the hope that with the extension of the relief and reconstruction department, the people of all the tribal districts will be provided emergency relief and assistance in any situation of natural emergency.

In all other districts of the province, the District disaster management units are already working.

The Fata which was under the crises since the creation of the county was also deprived of these services. The extension of this service is the part of the overall government strategy to streamline the backward tribal districts of the province. The KP government has already announced the extension of a number of other provincial departments to the tribal districts, however, due to the unavailability of proper infrastructure in the tribal areas, the announcements have not yet been given a practical shape.

Only regular courts have been extended for the dispensation of justice that has also been set up in makeshifts arrangements. According to Prime Minister Imran Khan, the complete extension and implementation of reforms will take time as the area has been kept backwards since the creation of the country.