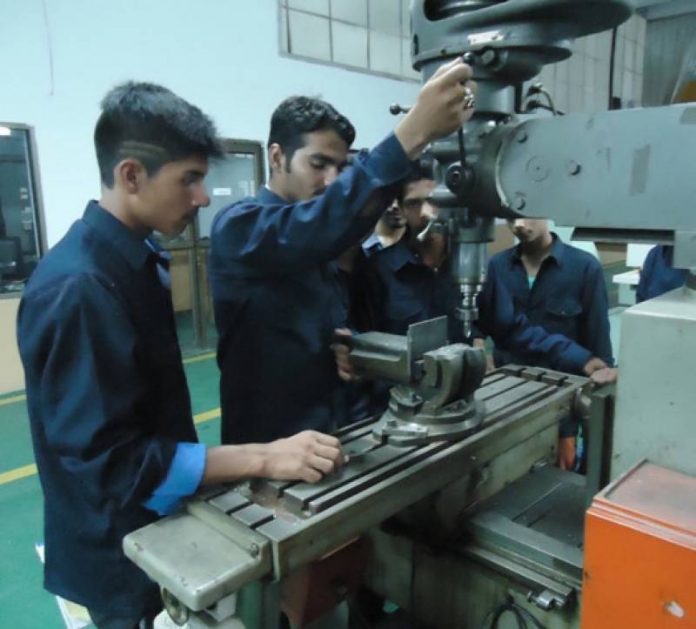 PESHAWAR: Besides rehabilitation of people of tribal districts affected from militancy and displacement in different sectors, efforts are also continuing to provide them job opportunities.

The government is restoring trade centers with a rapid pace, while different schemes are also introduced to provide loans and financial assistance for people of merged districts to start their own business. KP Impact Challenge is one such program which was already continuing in other parts of Khyber Pakhtunkhwa for the last two years. The provincial government has extended this program to newly merged tribal districts in the provincial budget for year 2019-20.

The Khyber Pakhtunkhwa government launched Impact Challenge program in 2017 with the cooperation of a private university of Lahore under which youth aged between 18 to 30 years having unique business ideas get loans up to Rs2 million. In the current budget, the KP government extended this program to tribal districts. The government as allocated Rs2 billion for youth of tribal districts in the budget, which also include funds for Impact Challenge program. Under this program, youth will get cash and proper training by the partner university for establishing and running new business. Youth who want to expand their existing business will also get loan under this program.

Miskeen Khan, a social worker from Bara, Khyber district, appreciated the program and said it is a good opportunity for educated youth to start business. However, he said, people having influence often get benefit from such programs.

He said, “It is a good decision, but its transparent implementation must be ensured. The government often makes such announcements, but doesn’t implement it. Even if the program is implemented, the government gives benefit to favorite persons and deserving people remain deprived. Therefore, the benefit of the program should reach everyone. The condition of education must be relaxed as there are many uneducated youth in tribal districts who have sharp business minds. Many people often remain unaware about government programs. All the youth should benefit from this program on transparent basis.”

Shazia from Parachinar, Kurram, said the program seems to be good, but unfortunately, people of merged districts have not been given any information about procedure to get loan.

She said, “The government has taken a good step by introducing this program. The youth must be informed about procedure to benefit from the scheme. I will open a cloth shop in our area and support my family if I got the loan. Some people from our area went to Australia and Arab countries illegally and lost their lives during their struggle. There are many others who cannot come to their homes in three or four years. The main reason behind this trend is unemployment.”

He said, “There are many educated youth in merged districts who don’t have any technical or business skill. Impact Challenge is a good program and the youth should take full benefit from this initiative. Unemployment causes many social ills like the use of drugs. Impact Challenge program will provide an opportunity to youth to work for better future of their family, area and the country.”

Shakir Orakzai, a trader from Orakzai Bazaar, said ratio of unemployed youth is high in his area. He told TNN that there are many opportunities for youth in tourism and hoteling. He said financial assistance with the youth in these sectors will reduce unemployment and economy of the area will get boost.

He said, “The whole tribal region, particularly Orakzai, is very beautiful and there is no dearth of talent. The only thing lacking for youth is job opportunities. Poverty ratio will reduce in tribal districts if youth are provided employment opportunities. There is huge potential of hoteling and other small businesses in Orakzai which should be explored. It will reduce unemployment ratio and improve per capita income of local people.”

People of merged districts after return from displacement are taking keen interest in every scheme which can help them in some way. People often complain about lack of transparency in such programs initiated by the government.

Bashir Ahmed from Bara said tribal districts witnessed difficult circumstances during the last few years due to which the youth suffered a lot.

He said, “Tribal people have no resources to initiate their own business. In such circumstances it is a wonderful scheme for youth provided that loans are given purely on merit. Preference must be given to youth who have domiciles and residential address of tribal districts. Youth having at least matriculation education must also get preference.”

Jan Ali from Orakzai said it is a good scheme for youth. He said tribal districts have great tourist attractions.

He said, “If the government provides loans and training to tribal youth in tourism and hoteling and hotels and restaurants are built, the economy of the area will improve and the youth will get jobs. It will also promote soft image of the area in Pakistan and rest of the world after return of peace.”

Ilyas from Darga Mandi said the government has introduced a good program to provide loans to tribal youth aged between 18 to 30 years. He said tribal youth can start a business of their choice with the loan and make future for them. He said, “People of our area are facing financial problems, but they can make the most of opportunities if they get financial assistance.”

Nawaz Khan from Para Chamkani, Kurram, said, “We are thankful to KP government for introducing Impact Challenge program in tribal districts in which we can start different businesses like cattle, chicken and fish farming etc. The government should increase the limit of loan. This scheme will reduce poverty ratio. Being on job is not less than a blessing.”

A tribal girl said similar schemes were also announced earlier, but deserving people were not informed about it.

She said, “Only those people knew about the programs who had access to TV and newspapers, while others remained unaware. Information about such schemes should be spread to each nook and corner of tribal districts. My brother has completed FSc after which he left education due to financial constraints. He aspired to open a motorcycle bargain to support the family, but couldn’t do so.”