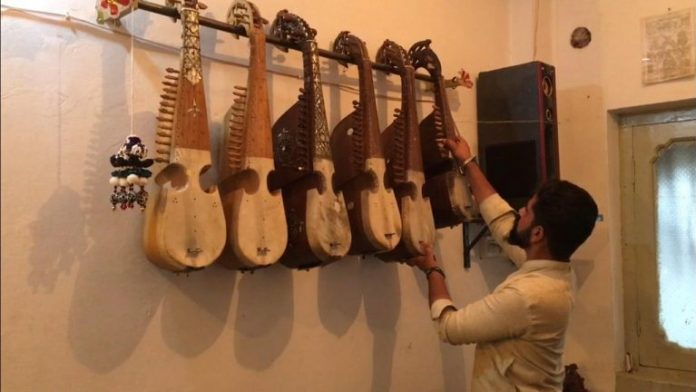 PARACHINAR: With the restoration of peace, a musical academy has been started in Parachinar to revive the lost melodies of the region. The academy is run by 25-year- old Imtiaz Hussain, where students are learning to play Pakhtun cultural musical equipment.

In the start, the academic has started teaching lessons in Rabab, harmonium and flute to the local music lovers, however, its owner is determined to develop it into a music school in future where the students would be able to learn every aspect of Pashto music.

The academy is run by 25-year- old Imtiaz Hussain who is famous for his Rabab playing skills in the district. While taking toTNN, Imtiaz said that it was his longtime dream to impart his Rabab playing skills to the other people. For this purpose, he added, last year he has started some planning which has finally fulfilled in the form of an academy. 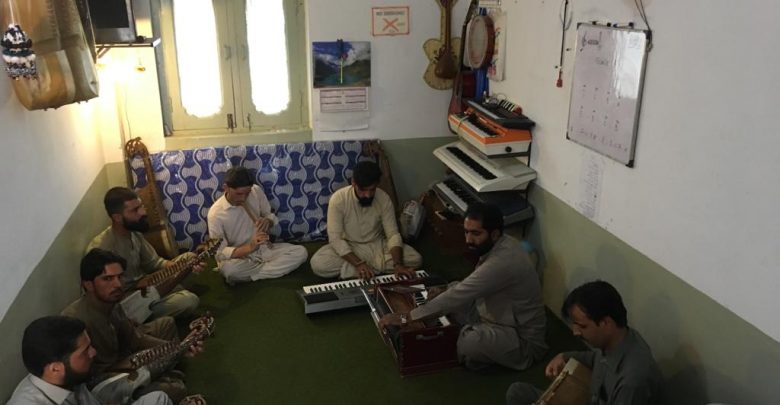 The youngster said that the purpose of his academy is to spread happiness through the musical tunes in the war affected area of the province. He said that here the people have suffered a lot due to wars and sectarian violence, due to which the folk music was also on the decline. The artist said that people need more opportunities to enjoy their lives.

Imtiaz told TNN that now peace has been restored in the valley of flowers, Parachinar. Therefore, most of the students after their classes at schools and colleges come to the academy for learning music after school time.

Akhtar Gul, a student at the academy said that he has learned a number of new techniques of music in the academy. Gul added that teachers in the academy are hardworking and teaching them in the best manner. Akhtar Gul wanted to learn music and spread the message of peace and prosperity in the valley.

The owner of the academy said that the message of love and peace will continue to flourish; he will never let it stop. He is determined that one day, this small musical academy will get the status of the musical school in the region where all the basic facilities of music will be available for the music loving people of the area.