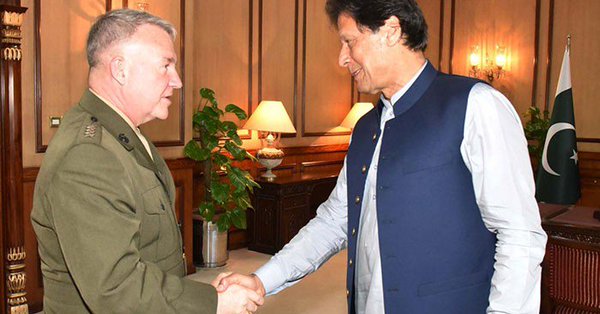 In his meetings, General McKenzie reaffirmed the United States commitment to security and stability in the region. General McKenzie discussed Pakistan’s role in facilitating the Afghan peace talks.

He also expressed appreciation for Pakistan’s past sacrifices in the fight against terrorism and learned of the recent moves against extremist groups in Pakistan under the National Action Plan (NAP).