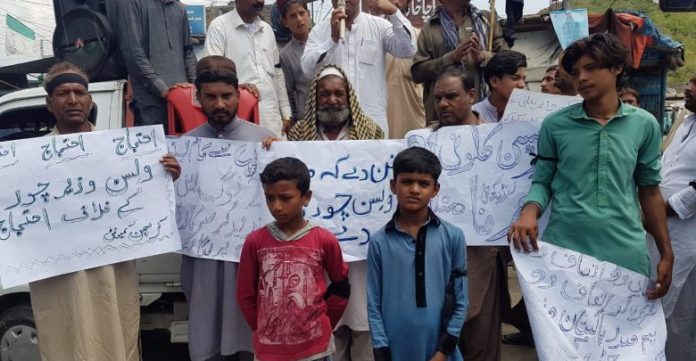 LANDIKOTAL: Christian Community on Saturday staged protest against the alleged violation of merit in the allotment of plots in a housing scheme for Christian being constructed in Landi Kotal.

Protesters were holding placards in hands and gathered in Landi Kotal Bazaar, asking the PTI government to provide homes in the housing scheme only to local and deserving members of Christians Community.

The construction work on the new Christian Colony was started by the former Political Agent Khalid Mehmood in Landi Kotal on July 14, 2017.

“It is injustice with that local Christian community,” said Arshid Masih while talking with TNN. Masih added that there are 165 Christian families living in Landi Kotal while 95 per cent of these families have been kept deprived of their right to have a plot in the scheme as all the plots have been awarded by Wilson Wazir to his own people from outside the local community.

The protesters also alleged they Wilson Wazir is also involved in the embezzlement of funds allocated to the Christian community in the past. They asked the NAB and the Pakistan Tehrik-e-Insaf (PTI) government to conduct investigation against Wilson Wazir as before becoming the MPA, he was jobless and now he has made huge assets.

One of the protesters Fananse asked the government to stop construction work on the housing scheme and plot should be allotted to deserving local Christian families. They warned that if the government didn’t give attention to this issue, they will be forced to lodged massive protest and block Pak Afghan route for traffic.