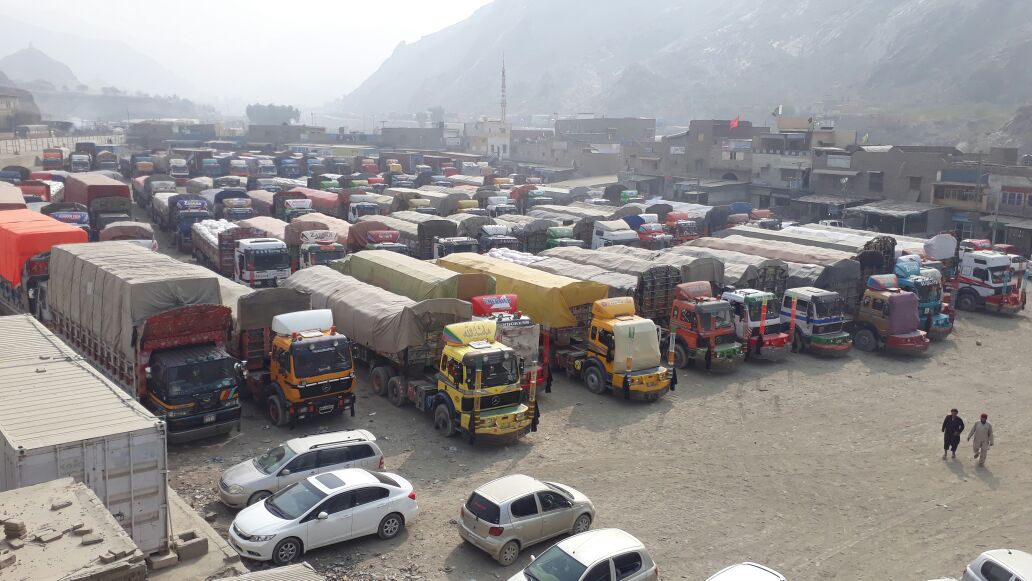 TORKHAM, 2 November: The new Customs law introduced by the Government of Pakistan has brought Pak-afghan trade to a halt due to which hundreds of loaded trucks remained stranded on both sides of Pak-Afghan border.

The new policy makes it binding upon the traders to show some necessary documents before crossing the border or else they would not be allowed to cross the Torkham gate.

The law also makes binding upon the exporters to show medical certificate of animals and vegetables.

Unware of the new law, thousands of trucks, most of them loaded with perishable items have been standing on both sides of the border since last two days.

The drivers said that good worth billions have been loaded on these trucks that would cause huge losses to both parties.

“The new law has only been introduced only for this border entry that is unjust and anti-traders,” said Torkham Clearing Agents president Hayatullah.

He threatened to bring Pak-Afghan trade to a halt if the old system was not restored. Meanwhile, political agent of Khyber agency has called a meeting of Customs agent to discuss the situation.