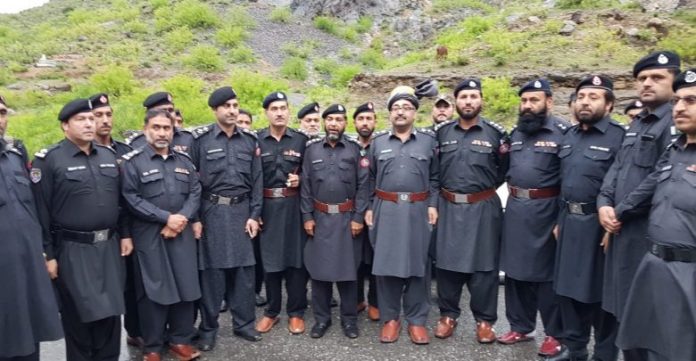 KHYBER: The District Police Officer (DPO), Muhammad Hussain said that complete policing power will be handed over to levies and Khasasdars forces in tribal districts of the province without much delay.

Muhammad Hussain has taken charge of his post as the District Police Officer of district Khyber. He was warmly welcomed by local elders, Khasadars and Levies men. The DPO while addressing to the newly appointed police officers said that all transfers and postings in the district will be made in consultation with Station House Officers (SHOs) on merit.

The newly appointed DPO of Khyber District was talking with local elders and the newly appointed officers of the police forces here at Landikotal tehsil on Tuesday. The district police officer maintained that abolishment of draconian law of Frontier Crime Regulations (FCR) was a great step which will ultimately benefit the people of all tribal districts. The officer said that now there is the same law for all the people of the country.

The district police officer assured the tribal elders that the government gives high value to tribal customs and tradition. He added that the tribal elder will be given utmost respect in the new setup of the tribal districts.

The DPO said that with the abolishment of FCR, not only the tribal people will be governed under the same laws, but they will get all their basic rights from which they were deprived in the past decades. He asked the Station house officers to treat local people politely and pay respect to the local elders. He asked the SHOs and other staff that there should be no complaint against them from the public. The DOP warned that strict action will be taken against the officials who misuse his power and authority in the exercise of duty.