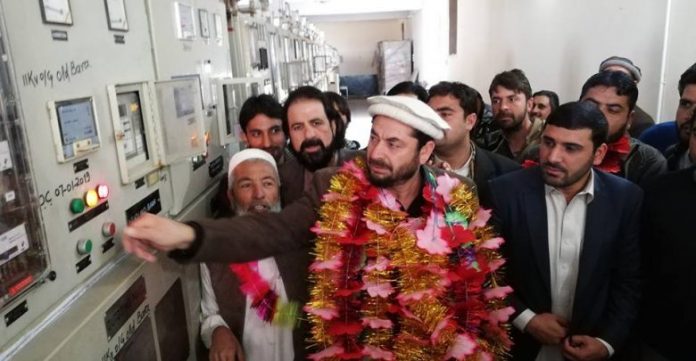 A ceremony in this regard was organised at Bara Grid Station which was attended by the elders and members of the Shalobar tribe and activists of the Pakistan Tehreek-e-Insaf (PTI) in large number. Iqbal Afridi, who is a PTI lawmaker from Khyber tribal district, inaugurated the power feeder and said it is a gift for the Shalobar tribe.

The tribal elders thanked Iqbal Afridi over inaugurating the new electricity feeder for the area. They hoped that the inauguration of new feeder will resolve the issue of prolonged power outages in the area to a great extent. They also thanked the sub-divisional officer (SDO) and other officials of Water and Power Development Authority (Wapda) for their efforts for installation of the electricity feeder.

The elders of Shalobar tubes said power supply was made available to their areas only for two hours in a day from old feeder due to which they were facing many problems. They said the domestic and business activities were badly affected due to lack of electricity in the area. They had also lodged several protests over the issue.

Meanwhile, the elders of Akakhel, Kalanga and Merikhel staged a protest demonstration in front of the grid station during the inauguration of the new feeder over disconnection of power supply to their areas. They said a new feeder was being inaugurated for Shalobar tribes, but their areas don’t have electricity, which is unjust.

Iqbal Afridi told the protesting tribesmen that he has discussed the issue with the SDO and the matter will be resolved within a week. Upon assurance of the PTI lawmaker, the tribesmen ended their protest.