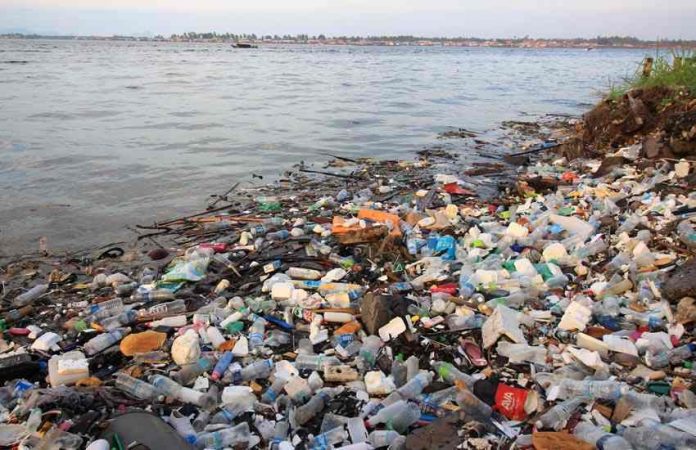 PESHAWAR: The United Nations Economic and Social Commission for Asia and the Pacific (ESCAP), in partnership with the Government of Japan, Tuesday launched a new project which aims to reduce the environmental impact of cities in South East Asia by addressing plastic waste pollution in rivers and oceans.

The ‘Closing the Loop’ project will support governments by addressing plastic waste pollution and leakages into the marine environment. To do this, the project will leverage innovative technologies such as remote sensing, satellite and crowd-sourced data applications to detect and monitor the sources and pathways of plastic waste entering rivers in urban catchment areas. Four ASEAN cities will pilot the project: Kuala Lumpur, Malaysia; Surabaya, Indonesia; Nakhon Si Thammarat, Thailand and Da Nang, Viet Nam, says a press release.

“Cities are on the front line in addressing plastic waste in ASEAN, which is the world’s most polluting region when it comes to ocean plastics. The proliferation of plastic pollution in our oceans is a serious climate change hazard, and thanks to the strong support of the Government of Japan, this innovative new project comes at a timely moment to accelerate action on the issue,” said United Nations Under-Secretary-General and Executive Secretary of ESCAP Ms. Armida Salsiah Alisjahbana.

The project will produce plastic waste maps and simulations for each pilot city and will train officials and stakeholders in ASEAN cities to use smart technologies to monitor, assess, report on and sustainably manage plastic waste as well as further strengthen municipal solid waste management systems. Urban policy makers will also be provided the tools and knowhow to develop policy and investment strategies which apply a circular economy approach in managing their plastic waste streams.

The need for regional cooperation to address this critical issue was recognized by Japanese Prime Minister Shinzo Abe in his statement following the G20 Osaka Summit: “Marine plastic litter is another issue which cannot be resolved by some countries alone. Under such circumstances, the fact that the G20 was able to unite and share the Osaka Blue Ocean Vision, which aims to reduce additional pollution by marine plastic litter to zero by 2050, represents a major step forward towards resolving this issue.”

The ‘Closing the Loop’ project supports local implementation of the ASEAN Framework of Action on Marine Debris and the G20 Osaka Blue Vision to tackle the proliferation of plastic litter, both of which accelerate action towards the achievement of Sustainable Development Goals 11 (Sustainable Cities and Communities), 12 (Responsible Consumption and Production) and 14 (Life Below Water).

This ESCAP – Japan initiative is implemented in close collaboration with local and national governments in South East Asia, ASEAN, the Institute for Global Environmental Strategies (IGES) and other partners.