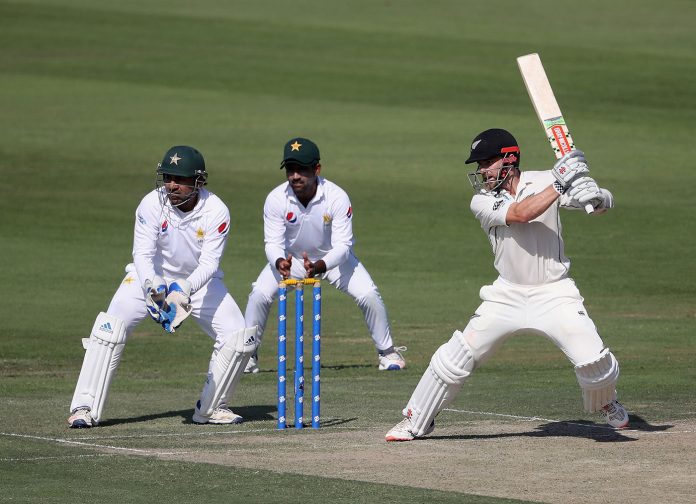 PESHAWAR: New Zealand scored 229 runs for the loss of seven wickets at the end of first day’s play in third Test against Pakistan in Abu Dhabi on Monday.

New Zealand gave Test debut to WER Somerville who was unbeaten on 12 at the end of first day’s play.

For Pakistan, Yasir Shah was the pick of bowlers with three wickets, Bilal Asif took two wickets and Hasan Ali and debutant Shaheen Shah Afridi took one wicket each. Although the scoring rate of New Zealand was slow, but still they managed to get good score on the scoreboard and honours were even at the end of the day.