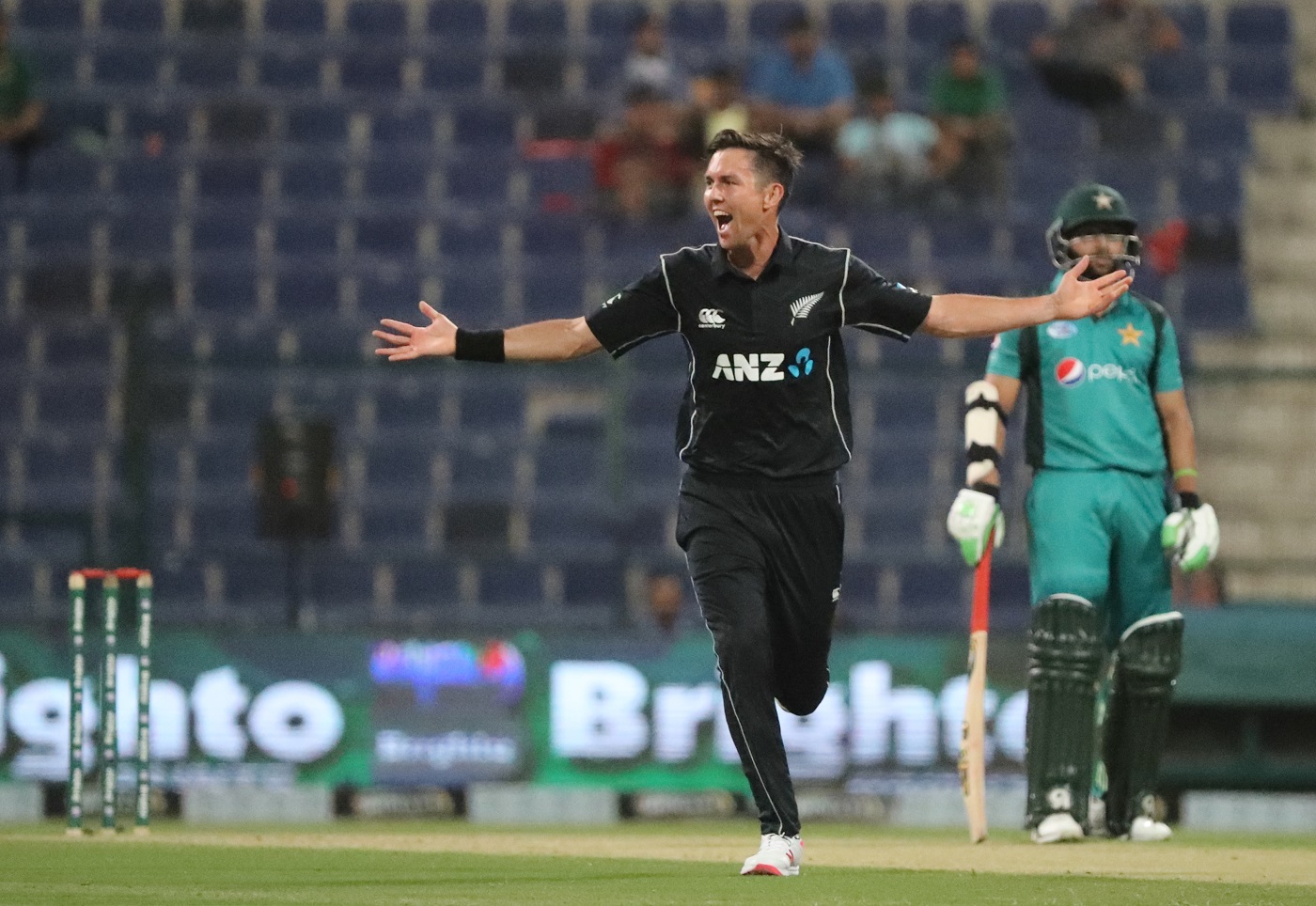 PESHAWAR: Pakistan’s dismal form in ODIs continued as they suffered 47-run defeat from New Zealand in Abu Dhabi on Wednesday.

New Zealand decided to bat first after winning the toss in first match of the three-match series and scored 266 runs for the loss of nine wickets. Ross Taylor was top scorer with 80 runs, while Tom Latham scored 68. For Pakistan, Shaheen Shah Afridi and Shadab Khan took four wickets each.

Pakistan were off to a worse start as Trent Boult clinched a hat-trick to get rid of Fakhar Zaman, Mohammad Hafeez and Babar Azam from which they never recovered. Captain Sarfraz Ahmed (64) and Imad Wasim (50) played well to give some respectability to Pakistan’s chasing, but that wasn’t enough in the end and the whole team were out for 219. Boult and Ferguson took three wickets each, while Grandhomme took two wickets.

It was 12th consecutive ODI loss of Pakistan against New Zealand. Boult was declared player of the match.

An interesting situation was witnessed during the match, when Taylor questioned the bowling action of Hafeez during his first over. It infuriated Sarfraz who protested with umpires. He continued with Hafeez and did not remove him from bowling.