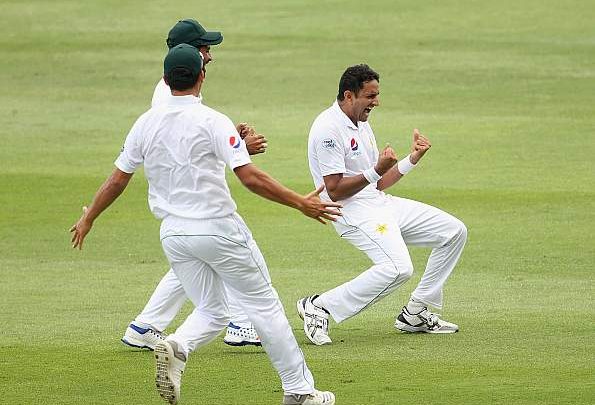 PESHAWAR: The first match of the three-match Test series between Pakistan and New Zealand is being played today (Friday) in Abu Dhabi.

New Zealand have decided to bat first after winning the toss in good batting conditions. New Zealand are currently ranked fourth on the ICC Test Rankings, while Pakistan are placed seventh. Pakistan will be hoping to win a Test series against New Zealand after eight years given their good recent form in the longest format of the game. However, captain Sarfraz Ahmed said beating a strong New Zealand team will not be an easy task.

Both teams have played 55 Tests so far out of which Pakistan have won 24, while New Zealand won 10.

It was widely expected that teenage sensation Shaheen Shah Afridi will get Test debut today, but Pakistan instead decided to go with experienced pacers Hasan Ali and Mohammad Abbas.