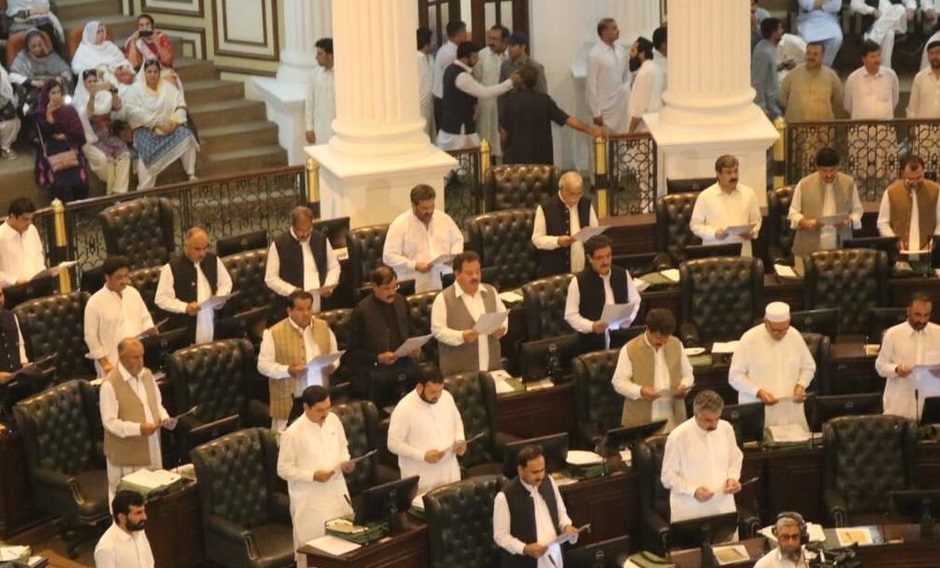 In the 124-member House, 99 lawmakers are elected on general seats while 22 are reserved for women and three for minority communities.

The election was suspended on two provincial assembly constituencies including PK-78 Peshawar and PK-99 Dera Ismail Khan due to the martyrdom of ANP candidate Haroon Bashir Bilour and PTI’s Sardar Ikramullah Khan Gandapur in suicide bombings.

Besides, ECP de-notified the election on PK-23 Shangla due to the low turnout of female voters in the constituency. The seat was won by PTI’s Shaukat Yousafzai. The losing PML-N candidate Rashad Khan had approached the Election Commission with the complaint that the women who voted were less than the mandatory 10 percent of the total votes cast.