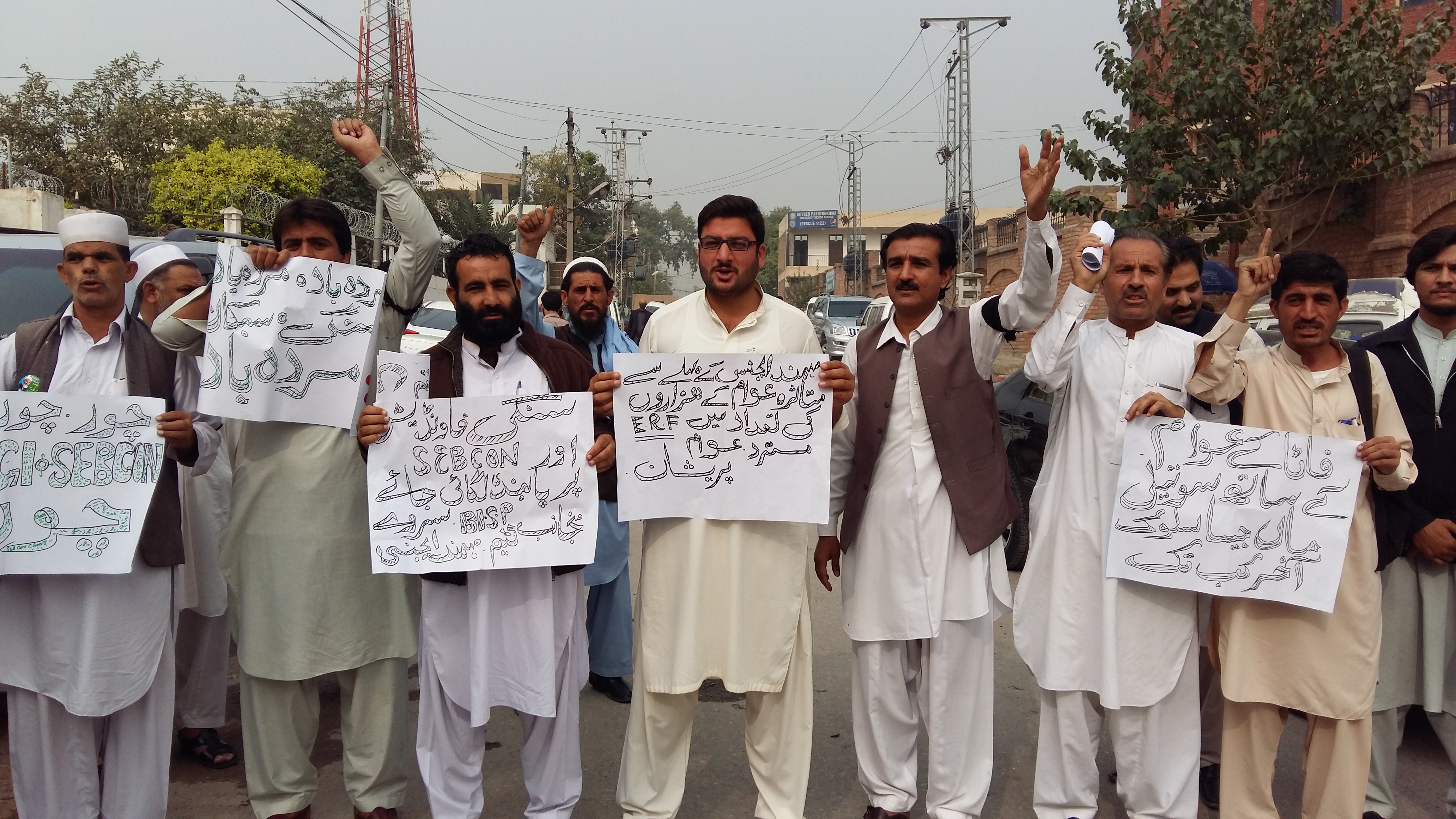 GHALLANAI, 8 November:  Staff hired to conduct survey for Benazir Income Support Programme (BISP) in Mohmand Agency have not been paid two months salaries. The non-payment of salaries have forced them to stage a protest outside Ghallanai Press Club here Wednesday.

The protesters were holding placards and banners inscribed with demands for payment of the salaries.  The protesters said that a non-governmental oganisation hired their services for the survey but later handed over to another NGO Sangi.

They said that after four months of survey, they were only paid two-month salary including allowances. They claimed that the NGO has rejected around 20,000 forms. They added that after demanding payment of salaries, the NGO has closed its office.