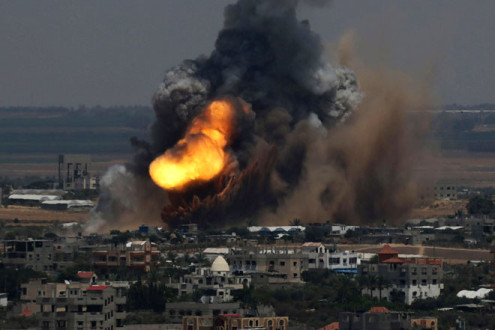 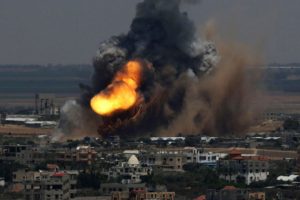 PESHAWAR, August 20: After a one-week ceasefire in Gaza, the fresh strikes of Israel have killed nine Palestinians, including a woman and a child.

According to the western media reports, the ceasefire between Palestinians and Israel authorities had been agreed a week ago. At the end of the agreement, Israel again started sir strikes in Gaza.

The Israeli Prime Minister, Mr Benjamin Netanyahu, said they started the air strikes in response to the rocket attacks of Hammas, a Palestinian militia.

The number of casualties among Palestinians in Israeli attacks has reached about 2016 since 8 July.