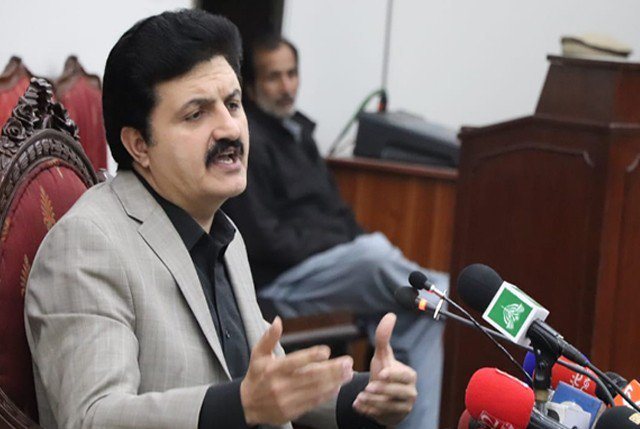 PESHAWAR: The Khyber Pakhtunkhwa government spokesman Ajmal Wazir said on Friday that there was not clash of powers between the KP governor and chief minister.

The spokesman said the chief minister while heading a meeting has directed improvement of condition of hospitals in the tribal districts within a month. He said doctors will be appointed on contract and ad hoc basis to fill the vacancies at the hospitals. He said similar steps will also be taken in the education department. He said the shortage of doctors and medicines at the government hospitals will be addressed on emergency basis.

The spokesman said sports activities will be organised in the tribal districts from 10 February and solar panels will be installed in 300 mosques. He said the tribal youth will also be offered interest-free loans.

Ajmal Wazir said the laws of KP will be extended to the tribal districts through an ordinance for which all preparations have been made. He said this was necessary because of legal vacuum created in the tribal districts after abolishment of the Frontier Crimes Regulation (FCR).

He said the Bus Rapid Transit Project of Peshawar faced delays due to changes in the design. He said the project will be inaugurated on 23 March.