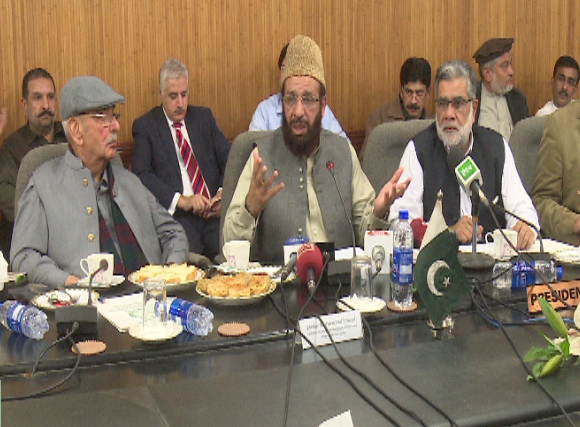 PESHAWAR, 1 December: Federal Minister for Religious Affairs Sardar Muhammad Yousaf said on Wednesday that the Pakistan government has not received any communication from Saudi Arabia regarding ban on eunuchs to perform Hajj and Umrah.

Talking to media persons during his visit to Peshawar Chamber of Commerce, the minister said there is no such provision in Islam, banning eunuchs from performing religious duties.

Sardar Yousaf said the federal cabinet has approved a new policy for Hajj and Umrah and it will be brought to the National Assembly soon.

He said a Quran Board and Quran Complex will also be established on federal level.