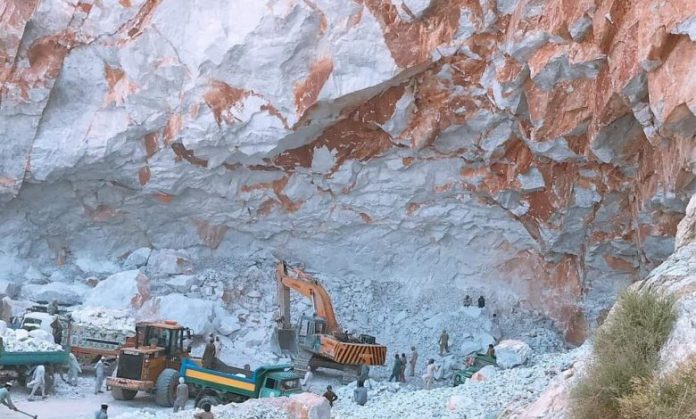 PESHAWAR: Technology in Pakistan hasn’t reached the level where it could be used as an alternative for human labour. Most of the work is carried out by labourers with hands instead of using machinery which is available in developed countries.

A survey of CIA World Factbook shows there are about 57.2 million labourers in Pakistan and 43 percent of them are associated with agriculture, while 21 percent are associated with industry and 36 percent with services. Labourers have an important role in Pakistan’s economy as agricultural products are exported which earn good returns for the country.

According to a report published in The News International on February 03 2020, Pakistan exported 783,308 ton sugar worth $70 million. The statistics of Pakistan Bureau of Statistics (PBS) show that textile exports increased by 14.4 percent in July 2020 and earned $1.272 million. Textile sector contributes 8.5 percent to the Pakistani gross domestic product (GDP). The News report also mentioned that Pakistan exported 125,000 ton mango worth $72 million.

Pakistan has a population of nearly 220 million and about 63 percent of population is below the age of 30. Youth is a great asset for any country and development of any country depends on contribution of the youth to the economy. The youth needed to be educated and given jobs so that they could contribute positively to the economy and stay away from negative activities.

A large number of Pakistani labour force is working in industries. Despite earning billions of rupees from mineral wealth, the government has not given proper training and equipment to the labourers working in mines and factories in difficult circumstances. There are about 36 marble mines in Mohmand tribal districts where a large number of labourers are employed and they contribute hugely to the local economy.

Local traders say the government receives Rs3,500 from each single truck and Rs5,500 from double truck at the marble mines and earns revenue of about Rs500,000 to Rs800,000 on daily basis. Similarly, WAPDA receives millions of rupees every month from factories in the head of power bills. Despite contribution to the national economy, the local labourers have no facilities. Hundreds of labourers work under extremely dangerous circumstances and risk their lives while earning livelihood for their families due to lack of any safety equipment.

On September 07, a marble cave collapsed in Mohmand which claimed the lives of 25 local and non-local labourers, while five others were rescued in injured condition. All the deceased were below the age of 30 years and two of them were below 18 which is a question mark on the performance of the child labour protection institutions. There is no facility of doctor, ambulance or first aid in case of any emergency situation. Labourers are also not provided clean drinking water, clean beds or toilets. In short, the labourers are not treated like humans. There is no health or life insurance either, so the labourers get nothing even after death. The duty time ranges from 10 to 12 hours, while remuneration is meagre. Same is the situation of labourers working in other factories.

Pakistan observes holiday on May 01 in the name of Labour Day, but in fact there is no holiday for labourer and only the officer level officials observe holiday and rest on that day. The government must take practical steps to improve the life standard of labourers by providing them facilities and improving their income. Contractors must be bound to arrange health insurance for labourers and compensation package must be determined in case of any tragic situation like that of Mohmand marble mountain collapse. Labourers must also be educated about their rights and labour laws must be implemented in letter and spirit.